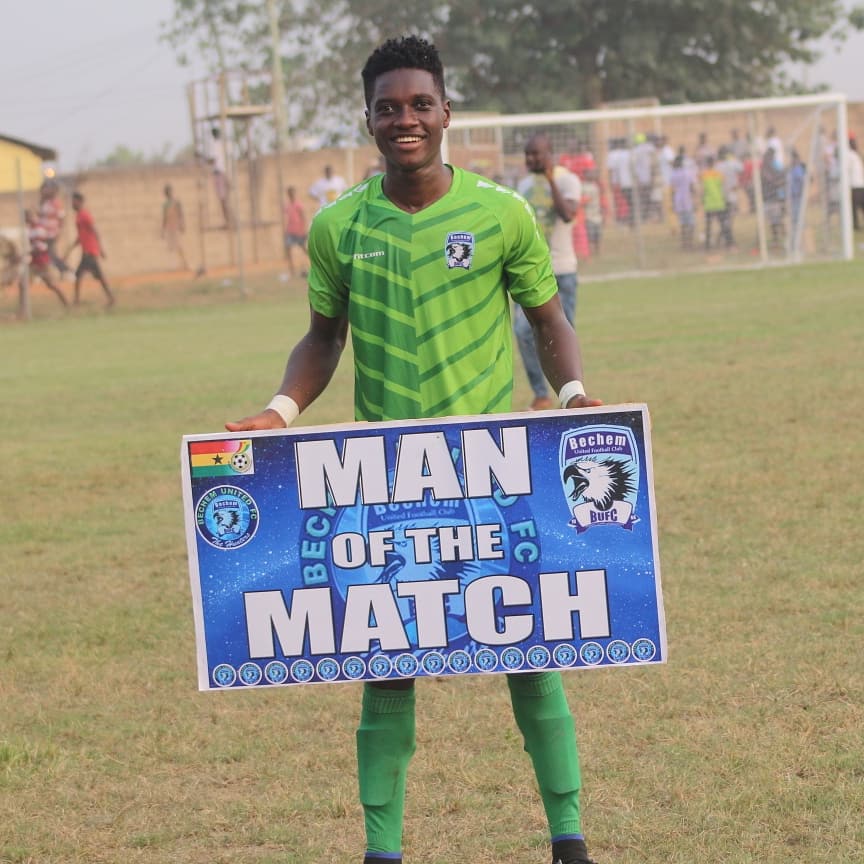 Bechem United playmaker Kwadwo Asamoah wants to hit double figures after putting up a Man of the Match performance on the opening day of the Ghana Premier League.

The 17-year-old scored the opener in Sunday's 2-0 home win over ten-man Elmina Shark.

His overall output earned him the Man of the Match award.

Asamoah, who plays as an offensive midfielder or a winger, is delighted to hit the ground running and wants to replicate such eye-catching performances throughout the season.

''It's feels good, I'm very happy.  You know it's my first official goal for the club, but in all it was collective efforts from everyone. The most important thing was that we won. Everyone is happy,'' Asamoah told GHANASoccernet.com.

''My target is to stay consistent and improve game after game. We have many games to play and I'm looking forward to improve individually and also as a team and possibly score goals and assist to help my team.''

The Ghana youth international made his league debut at 15 two seasons, but the fans did not get to see more of him as the top-flight was abrogated after the Anas investigative piece.