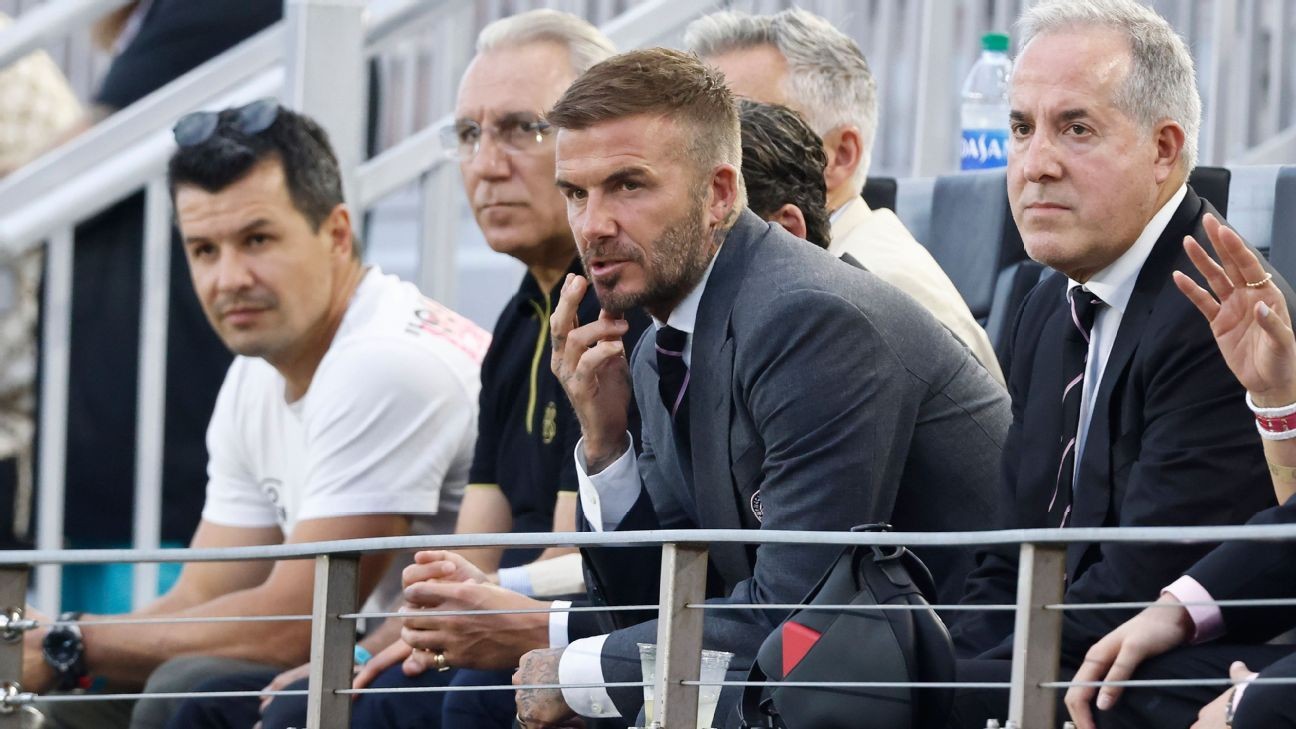 Beckham, alongside Jorge and Jose Mas, have bought out Marcelo Claure and Masayoshi Son.

"We are immensely proud of the progress we've made over the past year and a half in Major League Soccer, and we are grateful to have had Marcelo and Masayoshi with us for the first part of our journey," Beckham said.

"I am more committed than ever to working with my partners and friends Jorge and Jose to build a lasting legacy, developing youth players from our Academy, competing for championships regularly, and most importantly, rooting ourselves into the DNA of our community and South Florida."

Jorge Mas added: "This is an important milestone for Inter Miami, and we thank Marcelo and Masayoshi for believing in bringing a team to South Florida. As we look toward the future, these ownership changes underscore mine, my brother Jose's and David's deep belief and commitment to the success of our futbol Club.

"On the field, we firmly believe we are building the right culture and processes to lift trophies, and off the field, we will continue to harness the power of futbol to do positive things through our partnerships and our community efforts. We look forward to welcoming Ares as a strategic investor and together grow Inter Miami."

The Herons are eighth in the Eastern Conference and sit outside the playoff zone by just one point following an unbeaten six-game run. They face New York Red Bulls later Friday.

Earlier this week the club announced cryptofinance firm XBTO would be their first-ever jersey sponsor.