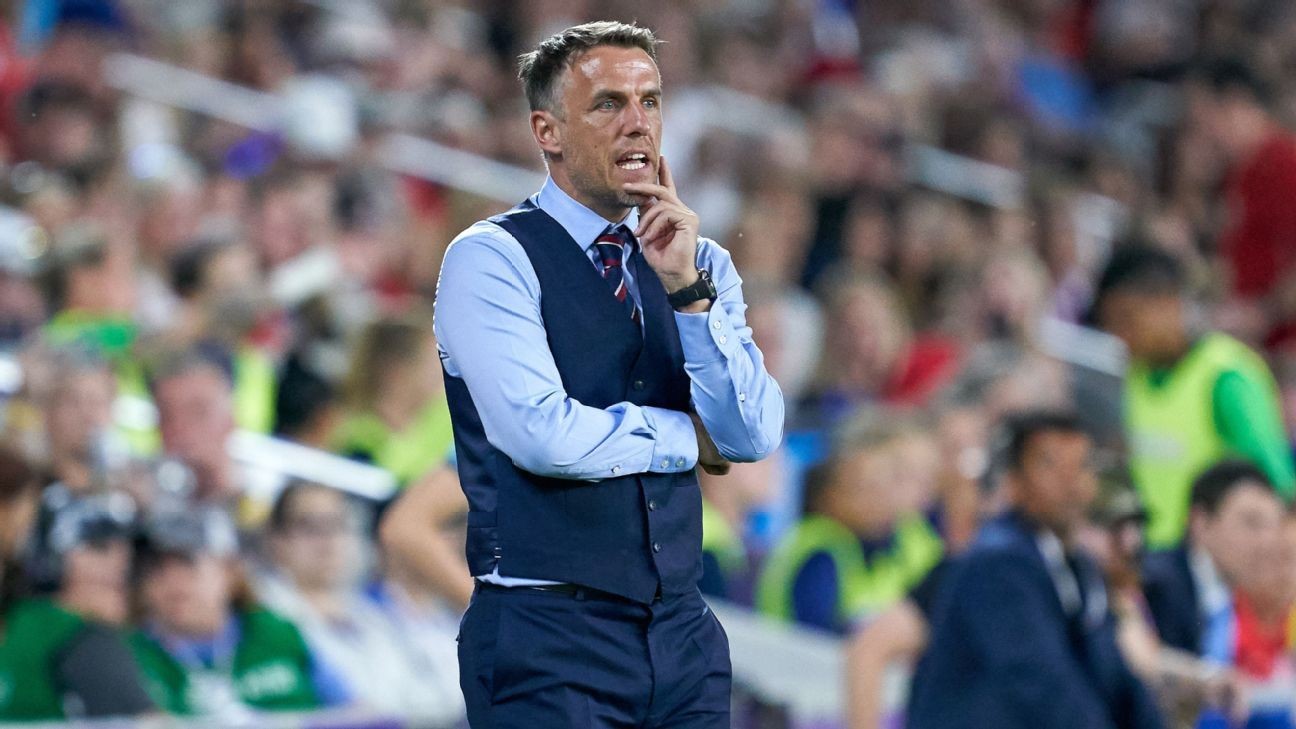 Inter Miami CF have named Phil Neville as its coach, reuniting the former Manchester United player with David Beckham, who is co-owner of the Major League Soccer club.

Earlier on Monday, it was announced Neville had left his role as manager of the England women's team. Inter Miami also announced the appointment of Chris Henderson as Chief Soccer Officer.

"I am incredibly delighted for this opportunity to coach Inter Miami and to work with Chris and the entire ownership group," Neville said.

"This is a very young club with a lot of promise and upside, and I am committed to challenging myself, my players and everyone around me to grow and build a competitive soccer culture we can all be proud of.

"This fantastic soccer-loving market deserves consistent performances and a winning mentality, and I look forward to getting to work."

Beckham added: "I am very happy with the leadership group we have established to lead the team as we turn the page following our inaugural season and look forward to having Chris and Phil join us soon.

"I have known Phil since we were both teenagers at the Manchester United academy. We share a footballing DNA having been trained by some of the best leaders in the game, and it's those values that I have always wanted running through our club.

"Phil has deep experience in football, as a player and as a coach at both club and international level, and over his career he has worked with many of the finest managers and players in the game. I know his qualities as a person, his decency, loyalty and honesty -- and his incredible energy and work ethic. Anyone who has played or worked with Phil knows he is a natural leader, and I believe now is the right time for him to join."

Miami finished 10th in their debut season in the MLS Eastern Conference in 2020, but sources said that Beckham and his fellow investors are determined to see an improvement in performance in 2021.

Neville, a co-owner of EFL League Two club Salford City alongside Beckham, had coached the England women's national team since 2018. The former England international spent a season as first-team coach at United during David Moyes' year in charge in 2013-14 and also briefly worked in La Liga with Valencia under Nuno Espirito Santo and his brother, Gary, during the 2015-16 season.

Neville and Beckham came through United's academy together and spent eight years as teammates in the first team, where they won six Premier League titles, an FA Cup, Intercontinental Cup and Champions League as part of the Treble in 1999.