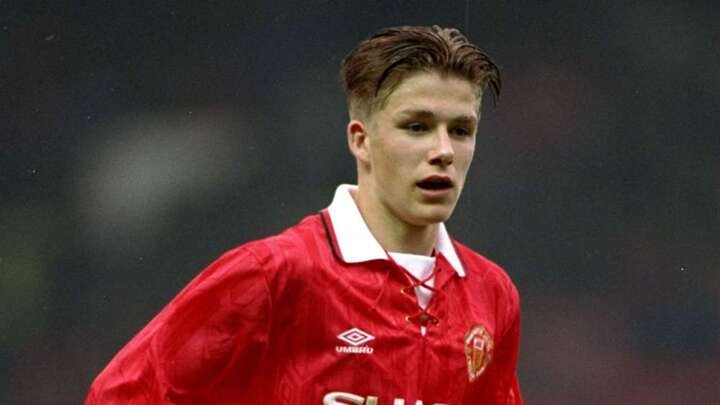 David Beckham, one of the finest English footballers to have ever graced the game, made his senior professional debut for Manchester United on September 23, 1992.

In a League Cup second round tie, the Red Devils locked horns against Brighton & Hove Albion FC. The match ended in a 1-1 draw at the Falmer Stadium in Brighton.

Beckham, 17, who was an upcoming talent, was used as a substitute in the game. The then manager of Manchester United, Sir Alex Ferguson, brought in the future England captain as a substitute replacing Andrei Kanchelskis.

Here, we take a look at who the teammates of David Beckham were in that particular match and where they are now.

The English goalkeeper, who graduated from Manchester United's youth system, made his professional debut for the club in 1985 and stayed at the club till 1995. In between, he had moved Airdrieonians and Oldham Athletic on loan spells. After leaving United, Walsh played for Middlesbrough, Bradford City and Wigan Athletic. He retired from football in 2006.

After retirement, he worked at Wigan Athletic, Hartlepool, Derby County and Hull City as their goalkeeper coach. Since 2019, he is associated with West Bromwich Albion as their goalkeeping coach.

The Republic of Ireland defender played at Manchester United for 12 seasons from 1990 to 2002 after which he joined Wolverhampton and played two more seasons before retiring from professional football in 2004.

After retirement, Irwin has been working as a presenter on MUTV, Manchester United official television channel. He has also worked as a columnist for Ireland's Sunday World newspaper.

The current Newcastle United boss played at Manchester United for nine seasons from 1987 to 1996. He retired from professional football in 1999 after spending a season at Sheffield United as their player-manager.

After retirement, he managed several top English clubs like Wigan Athletic, Crystal Palace and Aston Villa. Since 2019, he has been in charge of Newcastle United.

The English central defender joined Manchester United from Middlesbrough in 1989 and stayed at the club for nine seasons. After leaving the Red Devils, he returned to his former club Middlesbrough and spent the last three seasons of his professional career before retiring in 2001.

A Manchester United academy product, Lee Martin made his senior professional debut in 1988 and played for six seasons at the club. He later played for clubs like Celtic, Huddersfield Town and Bristol Rovers. He retired from football in 2006 after spending two seasons at Welsh club NEWI Cefn Druids.

After retirement, he coached Chester FC U16 team and is currently employed with the MUTV.

The Russian winger joined Manchester United in 1991 and played at the club for four seasons. Kanchelskis later played for Everton, Rangers and Manchester City. In 2006 he retired from professional football after spending a season at Russian club Krylia Sovetov.

From 2007 to 2009, he worked as a general director at Russian club FC Nosta Novotroitsk. He has also coached several Russian clubs. In 2018, he joined Uzbek club Navbahor Namangan as their head coach. He left the job in October 2020.

The English midfielder joined Manchester United in 1989 from West Ham United and played at the club till 1995. He also played for top clubs like Inter Milan and Liverpool. In the final two seasons of his professional career, Ince worked as player-manager at Swindon Town and Macclesfield Town. He retired in 2007.

After retirement, he managed Blackburn Rovers, MK Dons, Notts County. His final coaching job was at Blackpool which he left in 2014. At present, he is employed at MUTV.

Webb played at Manchester United for three seasons from 1989 to 1992. Other than the Red Devils, he played for clubs like Portsmouth, Reading and Nottingham Forest. In 1997, he retired from professional football after spending a season at Aldershot Town.

After retirement, he joined Weymouth FC as a player coach but he did not appear in any game for the club. In 2001, he managed Reading Town for a brief period. The English midfielder currently works as a general manager for a transport company LTB logistics.

The Scottish attacker joined Manchester United from Celtic in 1987 and stayed at the club for 11 seasons. In 1998 he returned to his first professional club Motherwell for six months after which he retired from professional football.

The Welsh forward played at Manchester United in two stints, first from 1980 to 1986 and the second time from 1988 to 1995. Other than the Red Devils, he has also played for European giants Barcelona, Bayern Munich and Chelsea. He retired from professional football in 2002 after spending two seasons at Blackburn Rovers.

As a manager, he has worked with the Wales national team, Manchester City, Queens Park Rangers and Stoke City. His last managerial project was at Southampton where he served as the head coach for a brief period during the 2017-18 season.

The English forward joined Manchester United from Southampton in 1989 and stayed at the club for four seasons. In the final year of his contract with the Red Devils, he was sent on loan to Millwall.

Danny Wallace's next destination was Birmingham City where he spent only two seasons. Both the seasons were injury-laden as he hardly could play for the club. In 1995, he joined Wycombe Wanderers where he played just one match and soon retired from professional football.

In 1996, Wallace was diagnosed with multiple sclerosis, a disease in which the insulating covers of nerve cells in the brain and spinal cord are damaged. This was the reason the striker could hardly play at Birmingham City.

One of the greatest English footballers of all time, David Beckham played at Manchester United for 10 seasons. In between, he was sent on loan for a year at Preston NorthEast. He then joined Real Madrid in 2003 and played there for four seasons. In 2007, he moved to MLS side La Galaxy where he spent the next five seasons of his career. In between, he had two short loan spells at AC Milan in 2009 and 2010. He finally ended his career in 2013 after spending six months at PSG.

Beckham is currently the owner of MLS franchisee Inter Miami. The club made its MLS debut in 2021.