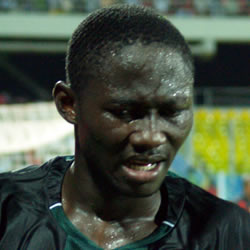 The duo are in Ghana on holiday's after the Egyptian league was slapped with an indefinite suspension following politicalÂ unrest.

They however want to keep up their fitness levels hence their permission to train with the club which was subsequently granted by management.

Bekoe emerged the Ghana Premier League's Top Goalscorer in the 2007/08 season with 17 goals out of 23 games and wasÂ eventually sold to Petrojet after that amazing csmpaign which also involved helping Kotoko to the Premier League title.

Akwaffo on the other hand joinedÂ El Ettehad El SakandaryÂ after a move to Libyan club Ittihad FC Bengaszi in 2011 failed to work out due to a political uprising.

The club however insists the temporal return of the Egypt-based duo is only to keep up fitness levels and not a plot to lure them into making their return permanent.