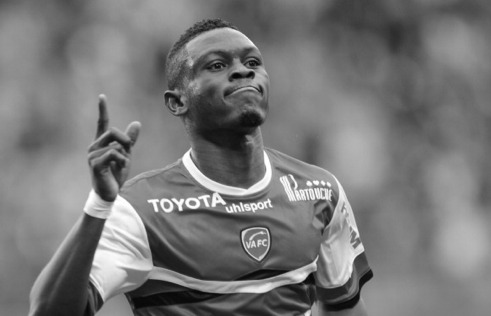 Waris could move to Belgium as Liege want to sign him

The 22-year-old, who is a target of several clubs in Europe, is seeking to leave the Russian club for more playing time in the major leagues of Europe.

But Standard Liege must pay about $7m to be able to sign the Ghanaian from Spartak Moscow.

The World Cup attacker has now fallen on the radar of the Liege side who want to sign him before the start of the season in Belgium but Everton also want him.

Waris spent the second half of last season on loan at French side Valenciennes where he impressed by becoming the second highest scorer in the second-half of the league.

This led to interest from several clubs in France, England and Spain with the Liege interest being the first from Belgium.

Standard Liege are seeking to augment their squad with two strikers and see Waris as a formidable attacker to suit their demands.

Liege will open talks with the view of signing Waris on loan before they can convert it into the permanent deal.

Waris scored nine goals in 16 matches for the French side Valenciennes last season.