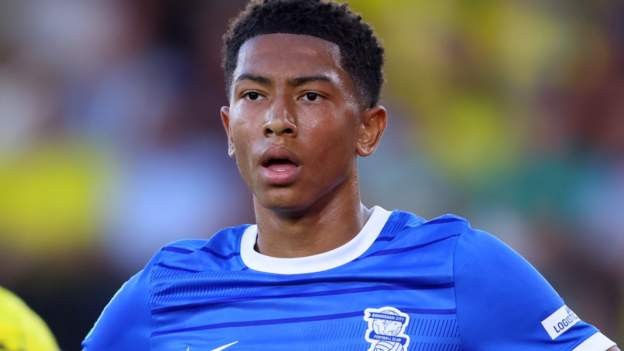 Jobe Bellingham is following in the footsteps of his older brother, Jude, by signing his first professional contract with Birmingham City

The 17-year-old follows in the footsteps of his older brother Jude, who now plays for Borussia Dortmund and represents the England national team.

Bellingham has made seven appearances for the Blues, including four this season.

He first agreed the deal in July and has officially signed after turning 17.

The length of the deal has not been specified.

Jude Bellingham, 19, is in the England squad to face Italy on Friday, and Germany on Monday, in the Nations League.

He has 15 international caps and is in line to be selected for Gareth Southgate's World Cup squad for the 2022 tournament in Qatar.

He made 44 appearances for Birmingham, scoring four goals, before moving to Dortmund in 2020.

The Blues currently sit 17th in the Championship with 12 points from 10 games.