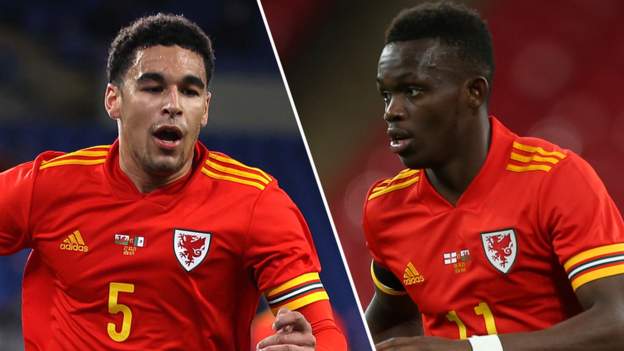 Defender Cabango and winger Matondo were targeted on Instagram after Wales' friendly against Mexico in March 2021.

Wales won the game at Cardiff City Stadium 1-0 with a Kieffer Moore goal.

Metropolitan Police said: "One man, aged in his 20s, was arrested on Friday, 31 December 2021 and released under investigation."

Matondo, 21, used his Twitter page to highlight the abuse last March, and was critical of Instagram for "doing absolutely nothing" to combat racism.

Facebook, which owns Instagram, then issued a statement saying they had "removed the accounts that sent messages" to Matondo, who is on loan at Cercle Bruges from Schalke 04, and 21-year-old Swansea City centre-back Cabango.

South Wales Police said at the time they were "investigating the origin of racially-motivated social media posts".

The Football Association of Wales said it was "disgusted by the racial abuse" and was working with police "to ensure this kind of abhorrent behaviour is reported and investigated".