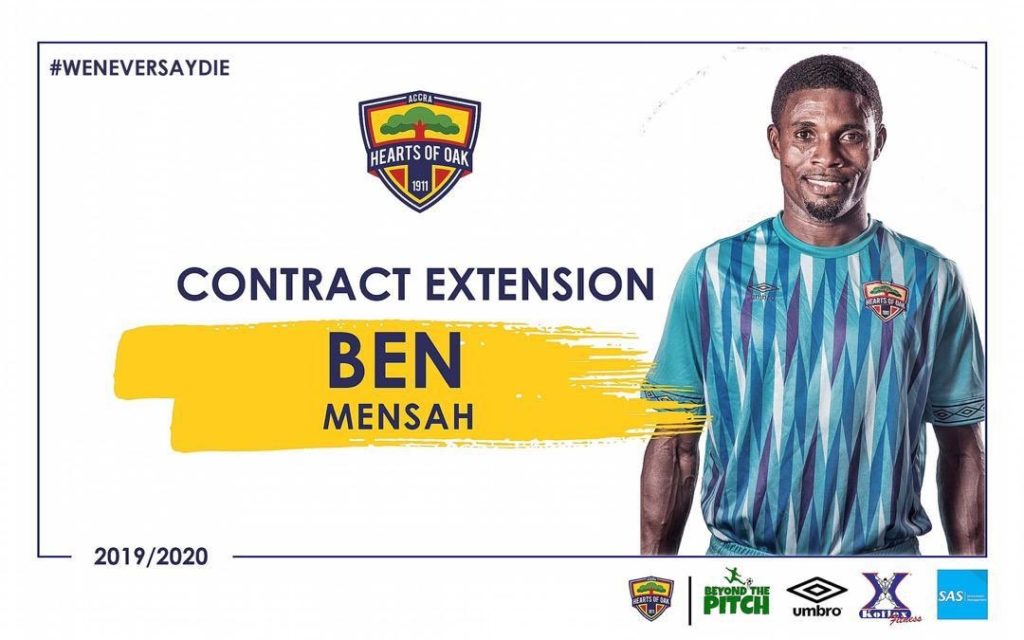 Goalkeeper Ben Mensah has extended his stay at Hearts of Oak by signing a new contract, the club have announced.

But the club did not disclose terms and duration of his new contract.

Mensah lost his position as No.1 at the club when Richmond Ayi was signed from WAFA and there were reports he was considering leaving the club.

With the arrival of Richard Atta, Mensah drops down the pecking order but he has opted to stay on.