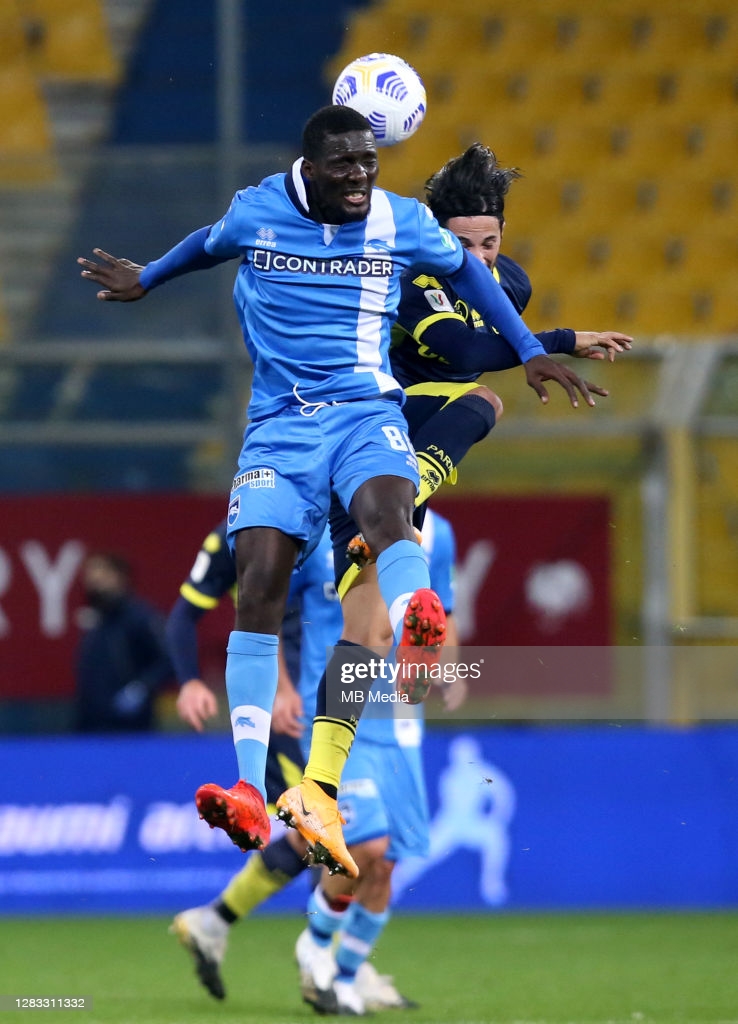 The 20-year-old midfielder who spent last season on loan in the serie A with Benevento could be making a permanent move this summer.

Although Amadou Diambou played only six minutes of the season as the Red and Golds were relegated, Benevento wants the defensive midfielder on a permanent deal.

Diambou is expected to play an important role next season as Benevento eye a quick return to the topflight.

The Sorcerors could also add players in a deal to bring the Ghanaian to Benevento.

Amadou Diambou grew through the ranks at Pescara.