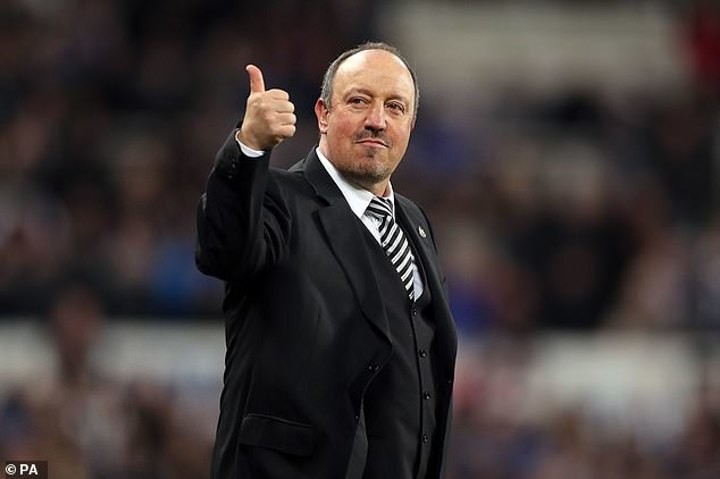 Rafa Benitez wants to return to Newcastle if their Saudi Arabian-backed takeover goes through – and is eyeing John Stones and Ross Barkley as targets, according to reports.

The £300million takeover from Mike Ashley could finally be pushed through this week and there are therefore doubts over the future of current Newcastle manager Steve Bruce.

It has previously been reported that Bruce will be backed until the end of the current campaign and the new owners are keen to give him the chance to stay in the job beyond that date.

But Benitez, who is in charge of Dalian Professional in China, is interested in returning to St. James Park – according to the Telegraph.

The Spaniard was a popular figure at Newcastle during his three years in charge before leaving last summer when his contract expired.

The biggest obstacle to a return would be his Dalian pay-off and salary demands, while Mauricio Pochettino has also been linked with the job. It is not clear whether he would accept.

Benitez would also seek assurances over the budget he would have at Newcastle, with the hope that he can turn them into European challengers, and his wishlist includes Stones and Barkley.

Interest in the former Everton pair may not depend on the 60-year-old's return as they would also likely appeal to Bruce, Pochettino or other managers.

Stones will likely be made available by Manchester City in the window, which would appeal to Benitez who eyed him at Real Madrid in 2016.

The 25-year-old has had a difficult season but has worked hard during the current break from football.

He will be eyeing more game-time ahead of the postponed Euros next summer and Benitez is keen to work with him to help him fix his defensive woes.

Ross Barkley, meanwhile, has recently impressed for Chelsea but competition for places there – including the returning Ruben Loftus-Cheek – could see him made available for transfer.

Frank Lampard has options available and wants to fund business this summer and Barkley will also be eyeing a Euro berth.

Benitez did consider a move for Barkley last time he was in charge at Newcastle but resources did not let him compete with Chelsea or Spurs, who were also interested.

West Ham, managed by David Moyes, would also consider moving for Barkley in the summer.