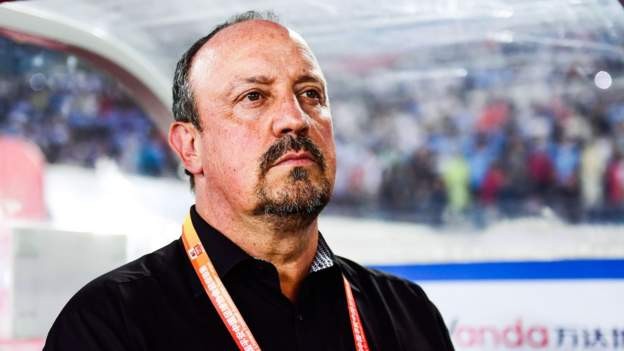 Rafael Benitez has left his role as manager of Dalian Professional after 18 months in charge of the Chinese Super League club.

The 60-year-old former Newcastle United, Liverpool and Chelsea boss had a season remaining on his contract.

However, the Spaniard and his coaching staff have stepped down amid the ongoing coronavirus pandemic.

"Unfortunately, like so many things in the last year, Covid-19 has changed our lives and our projects," said Benitez.

"The pandemic is still here, for all of us, and supporting our families has been a priority when making this decision."

Dalian narrowly avoided dropping out of the division in the 2020 season, finishing 12th after a series of relegation play-offs.

During his time at a club he joined in July 2019 after leaving Newcastle, Benitez oversaw the development of a new training facility and academy.

"We have tried to learn and understand a new culture and also to transmit a more professional, more European vision of football," he added.

"I'm convinced we have left a structure and a methodology that will allow the project to go ahead successfully. Since we arrived, the first team has been rejuvenated and the foundations have been laid for the future, from the grassroots schools to the top.

"I say goodbye sadly under these circumstances but, at the same time, I am convinced that the future will be bright."