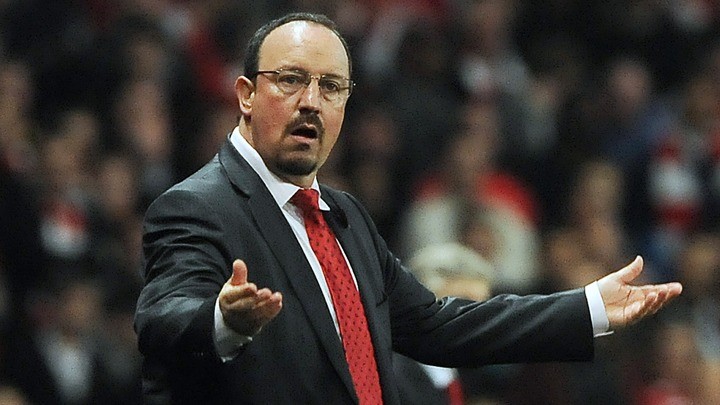 Rafa Benitez has revealed precisely how he motivated his Liverpool team to come from a three-goal deficit against AC Milan to win the 2005 Champions League final in Turkey a decade-and-a-half ago.

The Reds turned a trailing 3-0 scoreline around in the space of six second-half minutes to force a penalty shootout and ultimately win their first European crown of the Premier League era.

Steven Gerrard, Vladimir Smicer and Xabi Alonso all netted in a remarkable turnaround hailed as the 'Miracle of Istanbul', which saw Benitez's name subsequently enshrined into Anfield legend.

Ahead of the game's 15-year anniversary this week, the Spaniard has detailed his team talk at the interval, with his side looking effectively buried, and how their changes - big and small - helped them complete a comeback for the ages.

"When you concede a second goal, you have to think about changing something," he told The Athletic. "And if you concede a third? Well, then you definitely have to change and that was very clear.

"I said to Pako Ayestaran, my assistant, 'I will give the half-time team talk and we will talk about three at the back to have an extra player in the middle. You go and do the warm-up with Hamann.'"The message we gave to the players was about confidence — try to score early, get back in the game. That was the main thing.

"In other circumstances or with smaller teams, perhaps you might be looking at damage limitation because you don’t want to concede four or five goals but this was a final.

"You have to go for it. And then, depending on what happens in the first few minutes, you make decisions. Again, we did it."

Though Benitez would go on to taste more European success with Chelsea in the Europa League, his achievement in Istanbul remains arguably the defining moment of his managerial career, despite major domestic triumphs with Valencia in Spain and a Club World Cup with Inter during his first stint in Italy.

He currently manages Dalian Professional in the Chinese Super League but has previously spoken of his hopes to return to the Premier League following a three-year stint with Newcastle United.