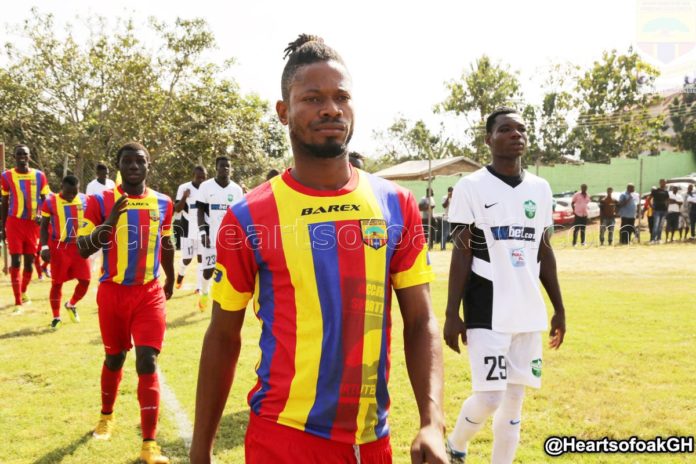 Former Hearts of Oak defender, Benjamin Agyare, has not ruled out the possibility of returning to the club in the future.

The former Hearts of Lions defender was released by the club on Friday after both parties to failed to agree on a new contract.

Benjamin Agyare together with four players, Joseph Esso, Christopher Bonny, Bernard Arthur and Abubakar Troare was released by the club on Friday after the expiration of their contracts.

Despite parting ways with the club Agyare says he is ever ready to play for the Phobians if his services are needed.

"I want to thank the team and supporters for all the support they have given me during my time with the club. I will also be ready to make a return to the club if my services are needed", he told Happy FM.

He also disclosed that he was ready to stay with the club but on the part of the club they were not ready.

“It wasn’t my fault not to extend the contract but from Hearts of Oak.

“I never negotiated any deal with the club lets make the fact clear. It was on Friday they called me to come to the office and started thanking me for my service. So I realized they didn’t want to work with me again”, he added.