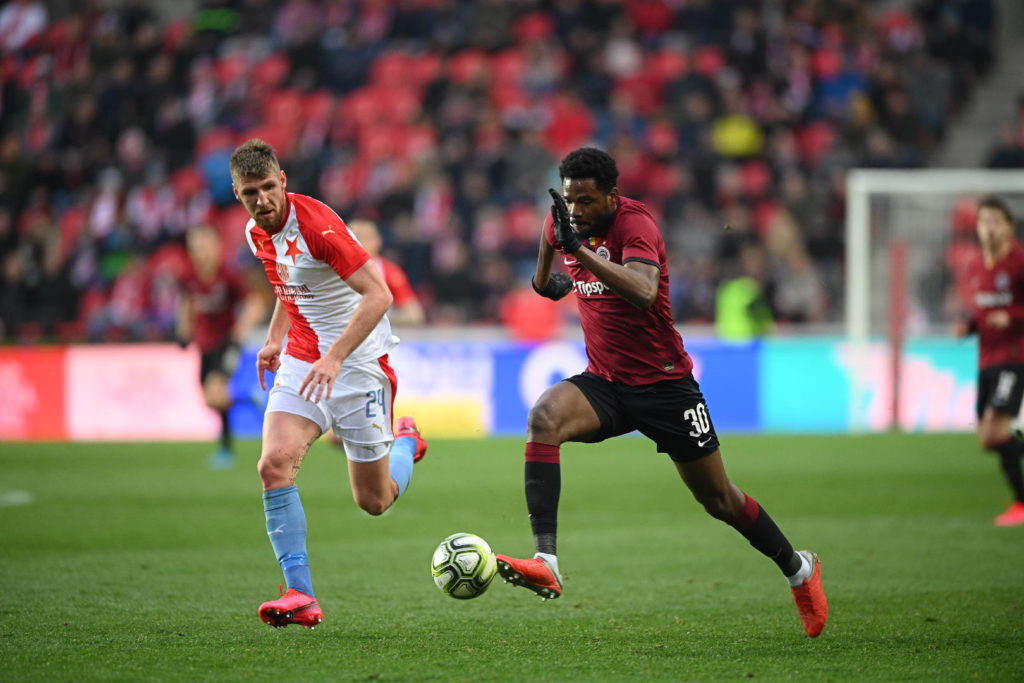 Ghanaian striker Benjamin Tetteh scored but the goal, unfortunately, was not enough for Sparta Prague to beat Slavia Prague in the Prague derby on Sunday afternoon.

The 22-year-old thought he had secured maximum points for Sparta in the heated clash when he scored in the 80th minute. Tetteh got through the defence and hit a fantastic strike into the net.

However, Slavia rescued a point in the 92nd minute courtesy a goal by Petar Musa.

Tetteh has scored five goals in 21 league appearances this season.

The draw leaves Sparta 7th while their arch-rivals maintain their top spot in the Czech top-flight table.