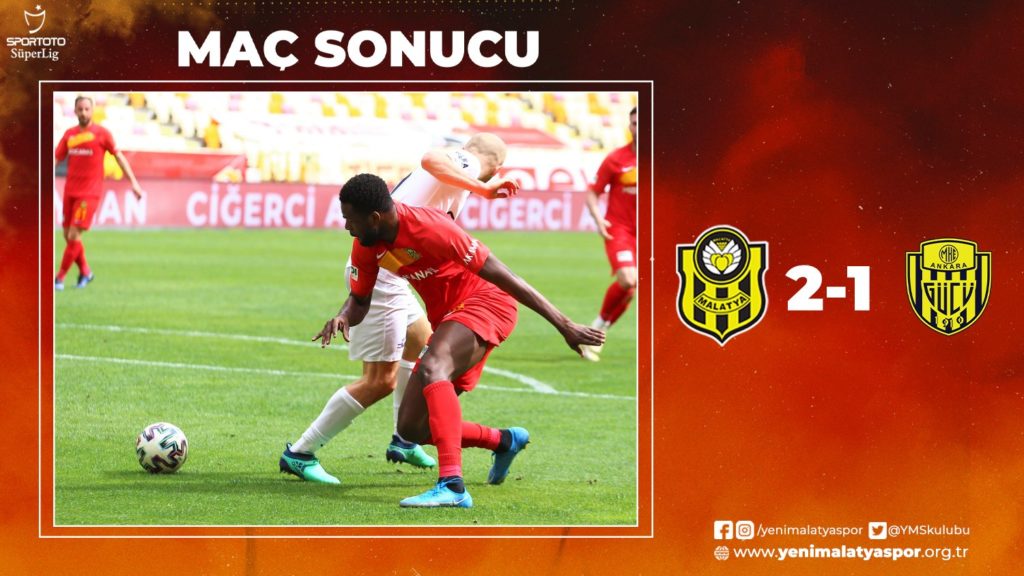 Benjamin Tetteh was on the scoresheet for Yeni Malatyaspor.
Share

Striker Benjamin Tetteh scored his fifth league goal of the season for Yeni Malatyaspor in their 2-1 over Joseph Paintsils' Ankaragucu on Sunday, 25 April 2021 in the Turkish Super Lig.

The Ghana youth international turned in a ball in the 78th minute to double their lead at home.

After a goalless first half, Adem Buyuk gave Yeni Malatyaspor the lead on 55 minutes.

Tetteh, who  is on loan from Czech side Sparta Praha, seems to have done enough to earn a permanent deal.

The 23-year-old came on in the 68th minute to replace Kubilay Kanatsizkus to make his 27th appearance for the club.

Afriyie Acquah was introduced in the 85th minute for Yeni Malatyaspor.

Deep into added on time, Paintsil-who lasted the entire duration-pulled one back for the visitors.