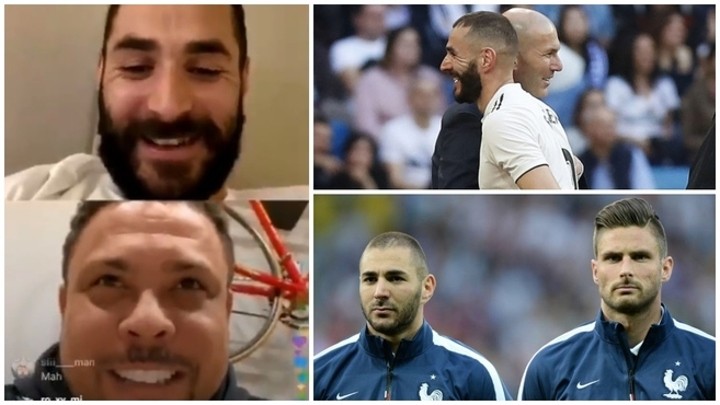 Karim Benzema has been answering various questions on social media and had some interesting comments when asked about Olivier Giroud, the player who replaced the striker up front for France once Didier Deschamps stopped calling Benzema up.

Benzema replied to a question asking about comparisons with Giroud with a motor racing analogy.

"Don't confuse Formula 1 with karting, I'm Formula 1," he said in response to the question about Giroud.

He also spoke with Ronaldo Nazario for a while and revealed how much he admired the Brazilian growing up.

"I was speaking with my fans and saying that I fell in love with football when I saw you on TV," Benzema told the Brazilian.

"They said Zinedine Zidane as well, but I said you."

Ronaldo was full of compliments for Benzema as well, although he joked that he doesn't like when the Frenchman scores against Real Valladolid, the club where Ronaldo is president.