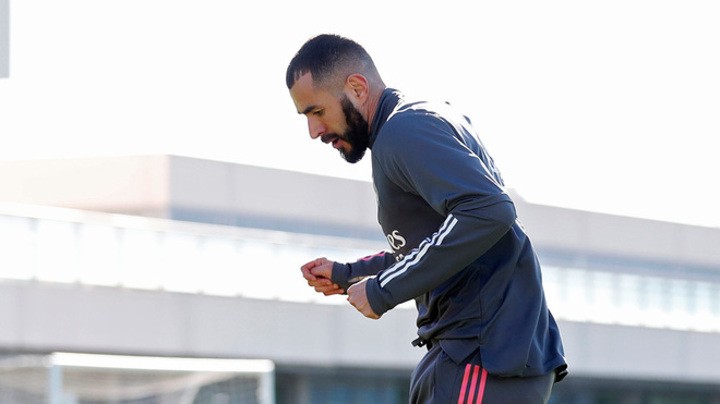 Real Madrid were back in training on Sunday morning and Karim Benzema was able to take part in the session, starting the workout at the same pace as his teammates.

If there's no setback between now and Tuesday's Champions League match against Shakhtar Donetsk then he can return to action after having been out with an injury in the area of his adductor.

The plan is for him to fly with the team to Ukraine on Monday and to train at the stadium on Monday evening. If he still feels good then he'll play, but if there's any niggle at all then he won't be risked.

With LaLiga Santander matches against Sevilla and Atletico Madrid on the horizon, Zinedine Zidane doesn't want his star striker to suffer another issue by returning too early.

Without him, Real Madrid have taken just one point from league matches against Villarreal and Alaves, although it's true that they were able to win 2-0 away at Inter in his absence.

Mariano is the player who has been starting in his stead and he has been playing well, scoring against Villarreal and getting many shots off against Alaves.