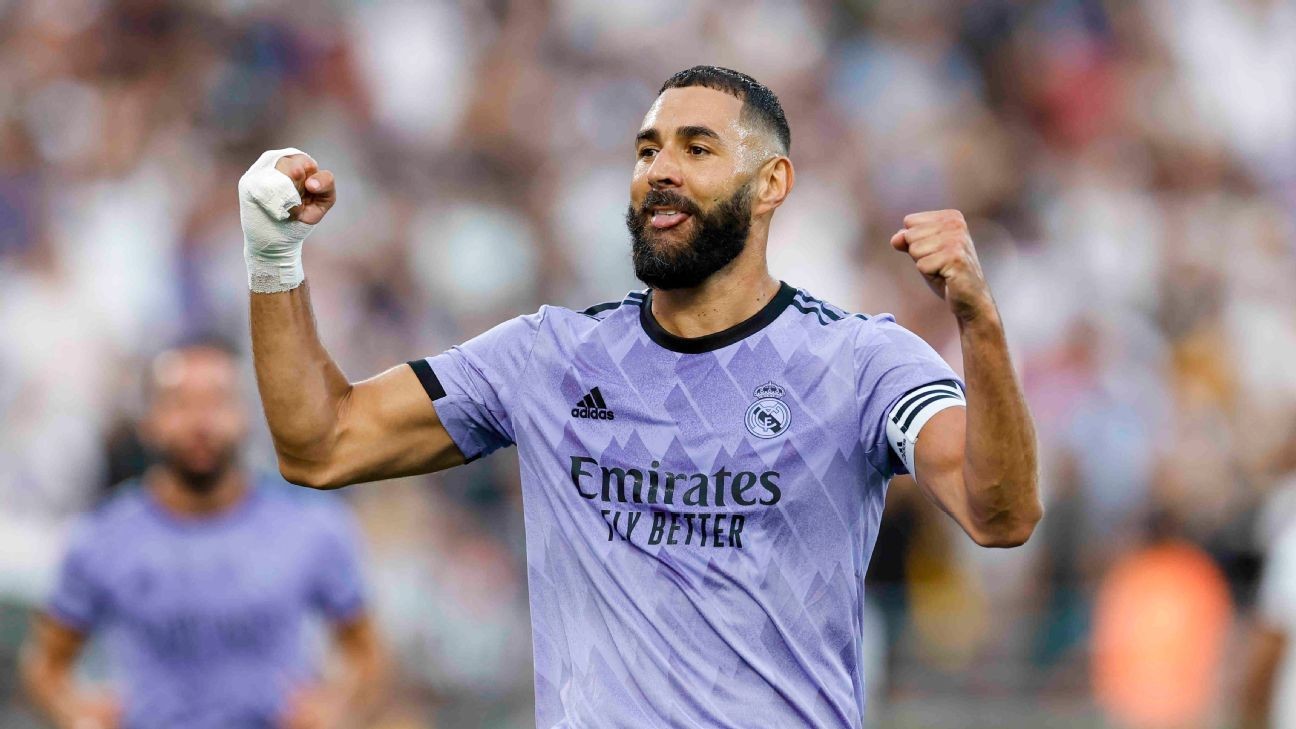 Karim Benzema has hinted in an interview with ESPN that Real Madrid do not need to sign another striker as the Spanish champions have several players who can fill the role.

Benzema, 34, enjoyed a fine season last campaign as Madrid lifted LaLiga, the Champions League and the Spanish Supercup, scoring 44 goals in 46 appearances in all competitions.

- Ancelotti: Madrid can be even better this season
- Hunter: Real cruising into new campaign
- Don't have ESPN? Get instant access

Carlo Ancelotti's side have signed midfielder Aurelien Tchouameni from Monaco and centre-back Antonio Rudiger from Chelsea this summer, but they have yet to strengthen in attack having missed out on the signing of Paris Saint-Germain's Kylian Mbappe.

They have also lost strikers Luka Jovic and Borja Mayoral to Fiorentina and Getafe respectively, but Benzema suggested another forward was not necessary given other options in the squad.

"There are lots of players who can play as a No. 9 because [a] Madrid [striker] isn't a typical No. 9 who... waits for balls, you have to move everywhere," Benzema said before Madrid's UEFA Supercup clash against Eintracht Frankfurt.

"Like the manager also said, there are lots of players. Afterwards in terms of signing another one [No. 9], you have to ask him."

In a news conference before the Supercup, Ancelotti said Madrid had ample options in attack. The Real manager has said that Eden Hazard could play as a false No. 9 in Benzema's absence.

"When you're missing the best forward in the world [Benzema] of course that affects the team. But we have solutions. Replacing Karim is impossible."

Benzema was also asked about calls for the France striker to win the Ballon d'Or and whether he would be happy to see goalkeeper Thibaut Courtois win the award instead.

"Thibaut Courtois, for me, is the best goalkeeper in the world," Benzema said. "Afterwards Ballon d'Or, no Ballon d'Or, that I can't tell you."