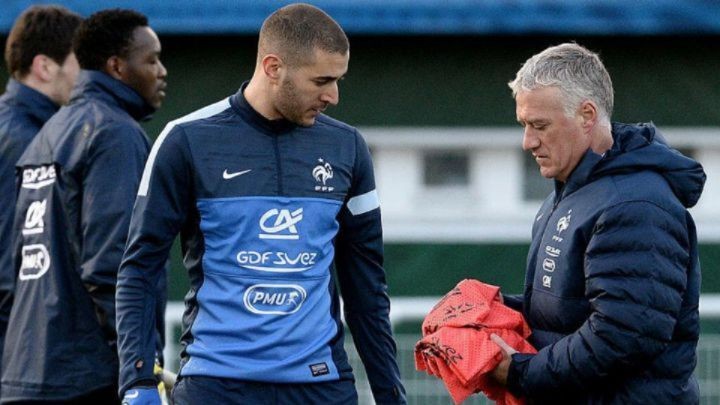 'L'Equipe' maintain that the Real Madrid striker will be one of the 26 names on the list when France manager Didier Deschamps names his Euro 2020 squad.

After the likes of Belgium, Croatia and Poland confirmed their 26 team squad ahead of the delayed European Championship, today it's the turn of France and Didier Deschamps to reveal the players that will see 'Les Bleus' challenge for the Euro 2020 title this summer. The major anticipated surprise in the squad selection is a return for Karim Benzema with both French outlets Le Parisien and L'Équipe claiming that Madrid striker will be included.

Kylian Mbappé, Antoine Griezmann, Paul Pogba, Kingsley Coman, Olivier Giroud, Ousmane Dembélé and Anthony Martial are all expected to form part of the list that will be revealed on Tuesday evening at 20:00 CEST and despite the resistance offered in the past from FFF (French Football Federation) president Noël Le Graet, Benzema's solid season in LaLiga has been instrumental in his possible return.

Karim Benzema has not played with the French national team since 2015 for his alleged role in an attempted sex-tape blackmail case involving former France international Mathieu Valbuena and with a court case set to commence next October it was felt by many that Benzema had pulled on the famous blue shirt for the last time.

France are in Group D at Euro 2020 and will face Hungary, Portugal and Germany in what is being dubbed my many as the 'group of death'. Les Bleus open their campaign on 15 June where the face Germany in Munich.