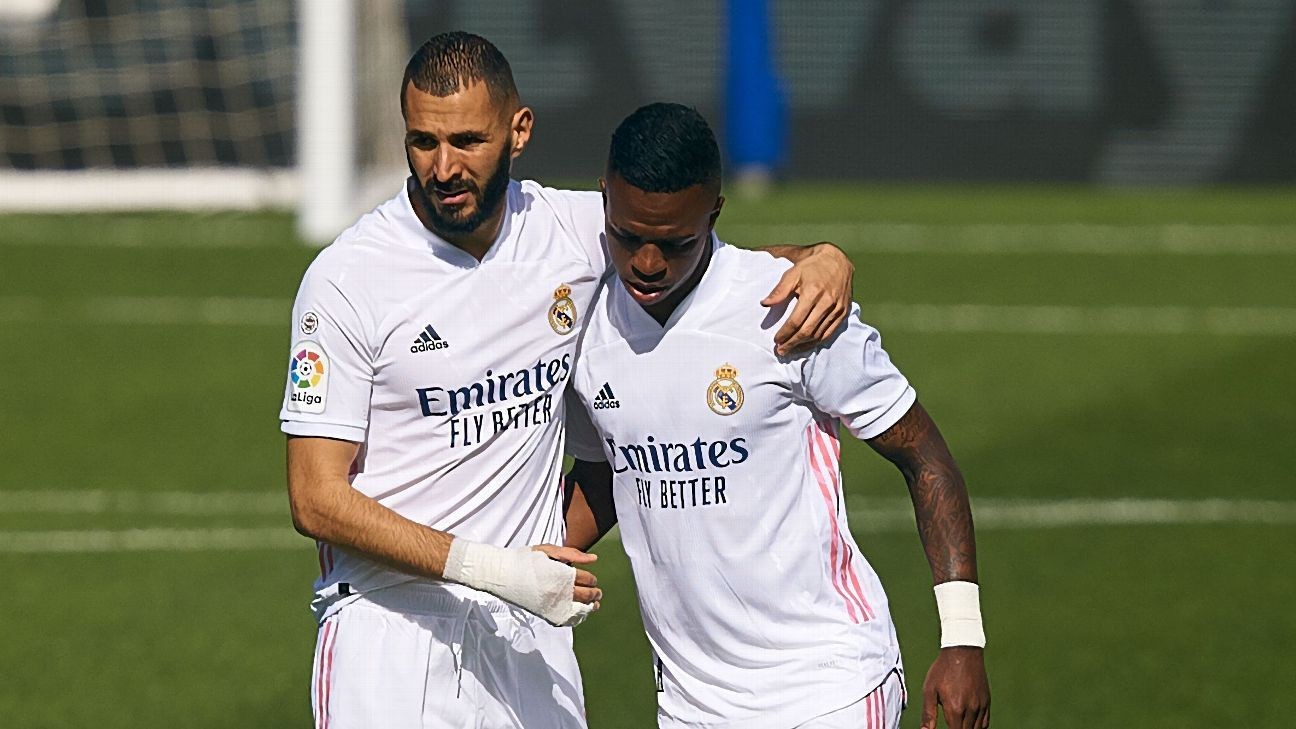 The images -- broadcast on French television -- show Benzema in conversation with full-back Ferland Mendy at half-time, with Real Madrid 1-0 down in their Champions League match with Borussia Monchengladbach.

"He does what he wants. Don't pass to him, brother. He's playing against us," Benzema told Mendy, in words which French and Spanish media have claimed referred to Vinicius.

Madrid went on to score twice late on, with Benzema getting the first, to draw 2-2 and avoid what would have been their second European loss in a row after being beaten by Shakhtar Donetsk last week.

"While the dogs bark, the No. 9 passes by," Benzema posted in an Instagram story on Wednesday.

Sources close to Vinicius told ESPN that it would be a "big surprise" if the comments were aimed at the Brazilian, who loves playing with Benzema and considers him a role model and mentor.

However, other sources close to the Real Madrid dressing room admitted that there are some concerns among teammates and coaches about Vinicius' decision-making in the final third.

They recognise his considerable potential -- and the progress he has already made since joining in 2018 -- but also feel his final ball and finishing must improve, something they believe will come with time.

Club sources also point to the lack of proof that Benzema was indeed talking about Vinicius, and the fact that the Brazilian was standing nearby in the tunnel at the time.

Benzema has taken a noticeable interest in helping his younger teammate adapt and improve on the pitch.

TV cameras picked him up urging Vinicius to "Get your head up!" several times during a La Liga match with Espanyol last December.

The 20-year-old Brazil international has scored three goals in seven appearances so far this season.