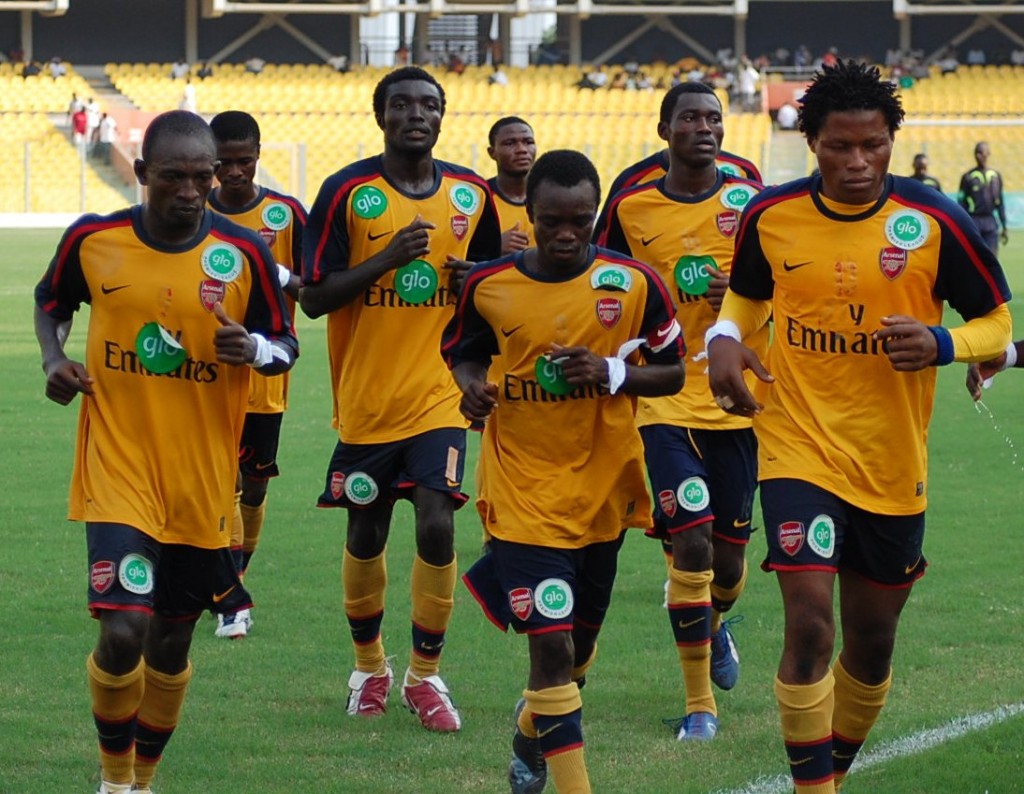 Berekum Arsenal will play in Ghana's division one league this season

President and Bankroller of Berekum Arsenal, Alhaji Yakubu Moro has revealed that his side got relegated due to the Glo sponsorship money which was not forthcoming when they sponsored the Ghana Premier League.

The Ghana Football Association secured a mega-sponsorship deal from the Nigerian telecommunication giants in 2008 to become headline sponsors for both the Premier League and the Black Stars.

Glo abrogated the contract and had to pay $1.5 million as compensation to the Ghana FA after an out of court settlement was agreed.

The money which has hit the account of the Ghana FA is to be paid to the clubs that participated in the league that season.

According to Yakubu Moro, his team went to relegation due to financial challengers and difficulties which engulfed his club because the Glo sponsorship money was not forthcoming.

“Berekum Arsenal got relegated because of the Glo sponsorship money which was not forthcoming. You can ask Alhaji Grunsah because he is my witness. At that time, I had to take a loan from the bank to run the club. Motivation was low and it affected the players”, he told Vision 1 fm.

He further said, he will take the Ghana Football Association to court if they decide to use the money for other purposes other than to share it to the clubs that participated in the league that season.

“I will take the Ghana Football Association to court if they do not give us our money. I will not accept the FA to put this money into the league”.

Berekum Arsenals were relegated from the Ghana Premier League in the 2012/13 season.

They currently play in the Division One League.