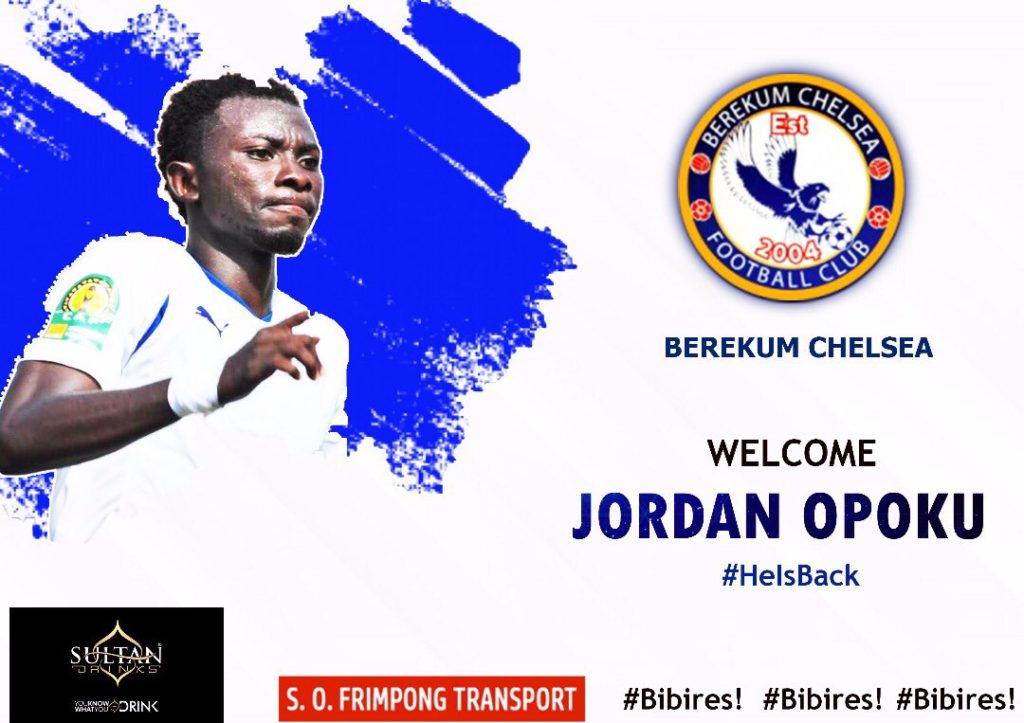 A club statement on Tuesday read: ''Jordan Opoku IS BACK! 🤩 The midfielder returns to #Bkcfc after a long spell with @AsanteKotoko_SC and 📝 ✍🏾 on a permanent deal.

The veteran midfielder was available on a free transfer after leaving Kumasi Asante Kotoko at the end of the season.

Opoku first signed for the Berekum-based side in 2011 after returning from Albania where he played for six months.

He featured for the club in the 2012 CAF Champions League and helped them reach the Group stage.