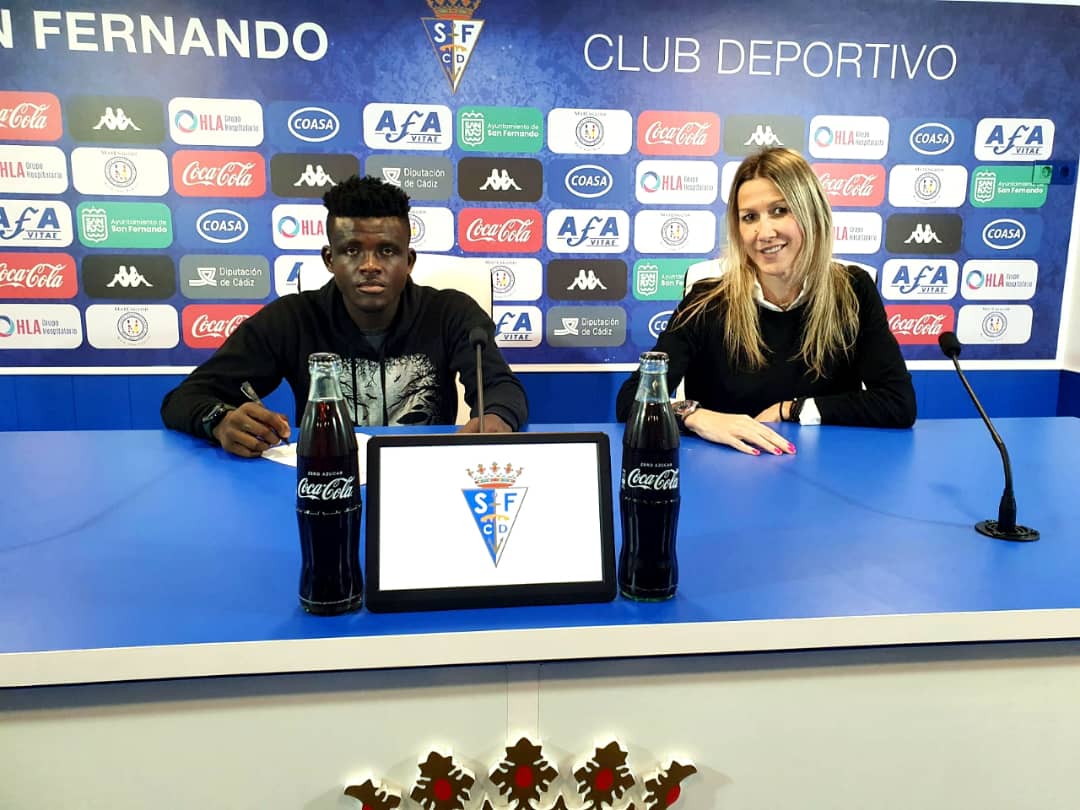 Fuseini arrived in Spain last week and underwent medical before putting pen on paper to complete the deal.

The highly rated central defender is joining San Fernando on a season-long loan with option to make the deal permanent at the end of the 2020/2021 season.

Fuseini took part in the training session ahead of their league game on Sunday and he is expected to make his debut in the game.

The 22-year old has been a pillar in defence for Chelsea in the Ghana Premier League for the last few seasons with his excellent performances.

He made 15 appearances in the Ghana top-flight last season where he scored two goals.

Fuseini was a key part of the Ghana team at the U23 Africa Cup of Nations tournament in Egypt last year.