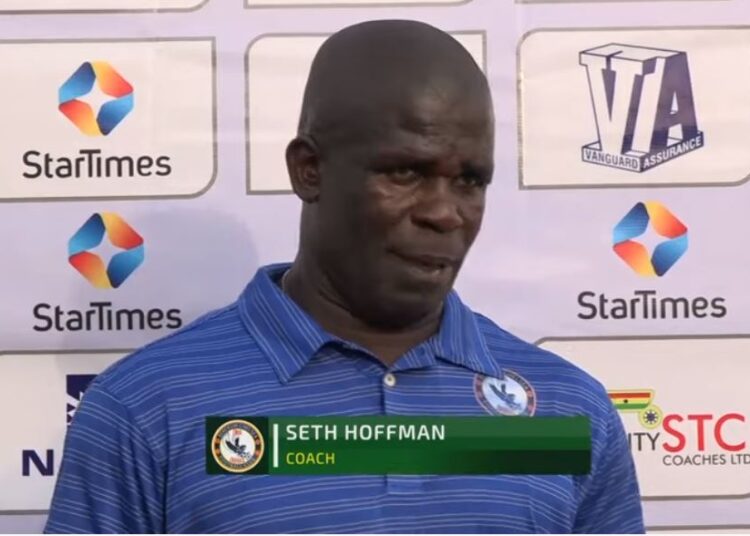 Berekum Chelsea Coach Seth Hoffman says he is pleased with his side's Performance in the goalless draw against his former employers Hearts of Oak.

At a dreaded Golden City Park, the homes side created few chances but were unable to find the back of the net.

Emmanuel Clottey thought he had broken the virginity of the game few minutes after the break but he was ruled offside by the assistant line one.

Coach Seth Hoffman was pleased with his performance even though he felt the referee favored Hearts when it came to 50-50 situations.

“I was very much pleased with the discipline of my players. You could see that all the 50-50 incidents in the game went in favour of Hearts yet my players maintained their focus and did the important things in the game,” he said in the post match interview.