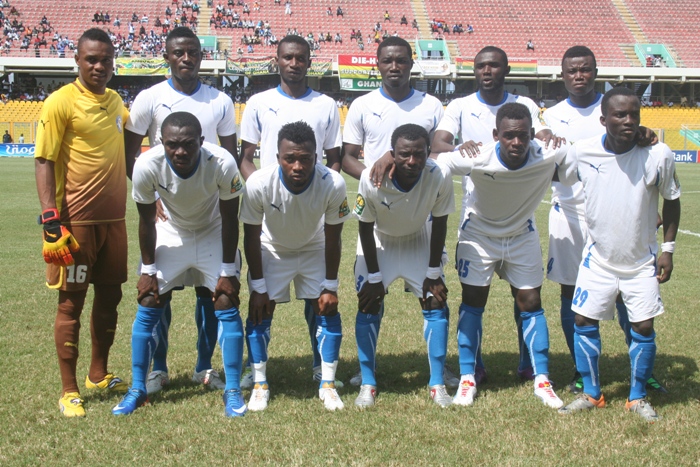 Berekum Chelsea have been named in the top ten clubs in Africa according to the latest ranking by the International Federation of Football History & Statistics.

The 2011 Ghana Premier League champions have been impressive on their debut in the CAF Champions League-yet to tasted defeat in the Group stage.

African champions Esperance are the continent's highest ranked club and 71 in the world.

The club's displays also earned them a place in the list of world's best 400 clubs for 2012.

Berekum Chelsea amassed 92 points to be ranked 170 in the world which moves them above Galatasary, Glasgow Rangers and AEK Athens.

International Federation of Football History & Statistics assessed the performances of clubs from August 1 2011 to July 30, 2012.

Spanish giants Barcelona are still on top, followed by Universidad Santiago of Chile and Real Madrid are in third place.