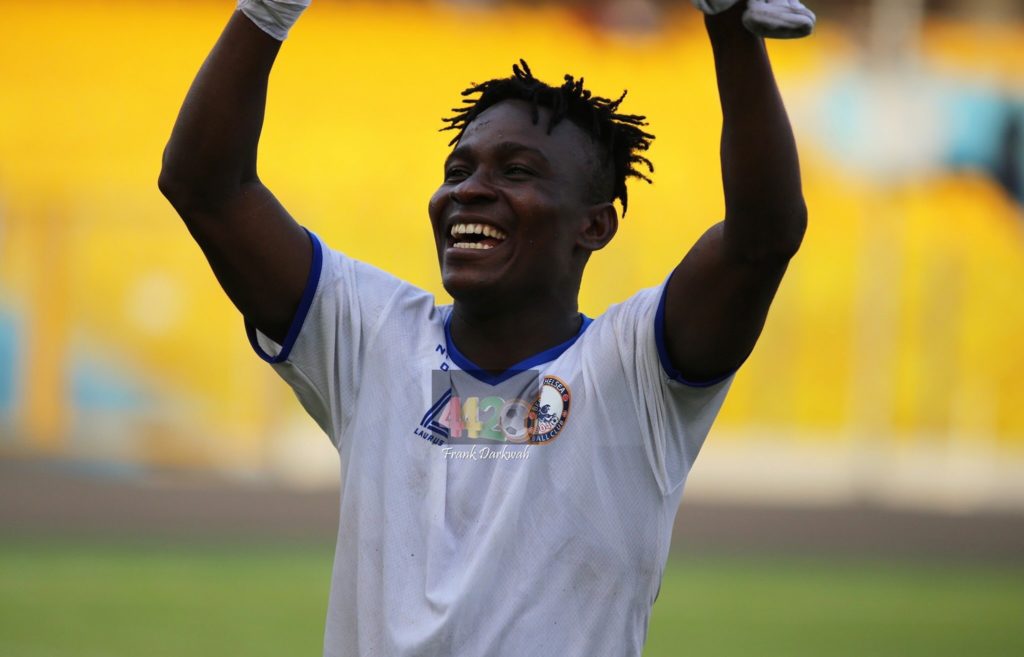 Berekum Chelsea have chalked a piece of history in the 2019/20 Ghana Premier League by becoming the first club to win two consecutive away wins and it came against giants Hearts of Oak and Asante Kotoko.

On Sunday, former goal king Kofi Owusu's seventh minute goal got them the points on the road.

He received a brilliant pass inside the box from Jeorge Renchi and he shot into the left bottom corner to beat goalkeeper Felix Annan.

The 2011 champions grabbed the headlines on the opening day of the competition when Jonah Attuquaye scored the only goal.

2 - @BerekumChelseaF have become the first side to record two away wins this season in Ghana Premier League.

Interestingly, the victories are against no other clubs than @HeartsOfOakGH on matchday 1 and @AsanteKotoko_SC on matchday three.#Travellers pic.twitter.com/dYWDMGX3R9