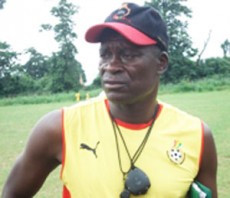 Ghana champions Berekum Chelsea are seeking to complete a hat-trick of straight victories over giants Kotoko when the two sides clash in the Presidentâ€™s Cup Â on Friday at the Accra Sports Stadium.

The Blues completed a double over the Porcupine Warriors in the Premier League in the just ended season.

They beat the former African champions 3-2 at the Baba Yara Stadium and 1-0 at the Golden City Park and are looking forward to confirm their superiority over the Kumasi-based giants.

Orlando Wellington, head coach of Berekum Chelsea, says they are fired up to to finish off the Porcupine Warriors even though their opponents will come out fighting.

â€œWe have been training feverishly for the encounter and I can say we are ready,â€ Wellington said.

â€œWe are targeting the trophy to appease our fans after the FA Cup slip. We are focused on winning.â€

The one-off match is being organized by the Ghana League Clubs Association (GHALCA) to commemorate the nationâ€™s 51st anniversary of attaining Republican status.

The match is also to honour President John Evans Atta Mills on his achievement.