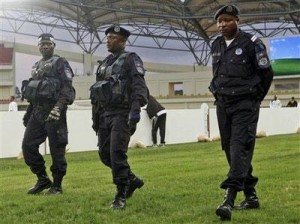 Police in Berekum say they cannot provide security at the Golden City Park for the newÂ  Ghana Premier League season due to the irate behaviour of fans of home team Arsenals.

The Golden City ground as been an intimidated venue for many teams in the top flight with fans and officials of visiting teams being subjected to harsh treatments.

ACP Gyinaye confirmed to an Accra-based radio station Asempa FM the police will withdraw their service.

"From last season when the other ACP was around, there were reports about the behaviour of fans at the stadium. We talked to the club to talk to their supporters but nothing has changed since then and we are not happy about this.

â€œWe think they are not making our job smooth so we are calling time on our work at the stadium until further notice."

However, management of Arsenals have rubbished the claims and described it as untrue.