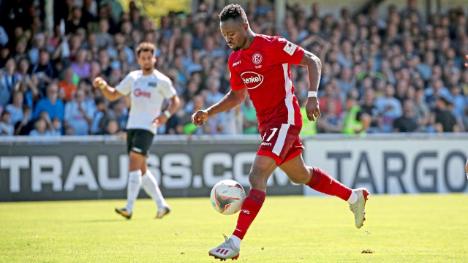 Ghana striker Bernard Tekpetey scored a brace for Fortuna Düsseldorf in their 5-0 victory over Viktoria Köln in a friendly match.

Following their 4-1 derby loss against Borussia Mönchengladbach on Saturday, Fortuna Düsseldorf returned to training on Sunday where they engaged Viktoria Köln in a friendly encounter.

Coach Uwe Rösler fielded most of the players who did not play a part in the defeat against Mönchengladbach.

Ghana international Tekpetey led the line for the Reds and scored two goals in the game before being replaced with Steven Skrzybski in the 60th minute.

His compatriot Kelvin Ofori also managed to register his name on the scoresheet.

The boys did a good job, the strikers scored, I'm satisfied," the coach explained to the 'Express' after triumphing over the third division.

“It was a good opportunity to look at some players again. Everyone has a chance with me, ”says Rösler, who has been waiting for his first win in the Bundesliga since he was hired.