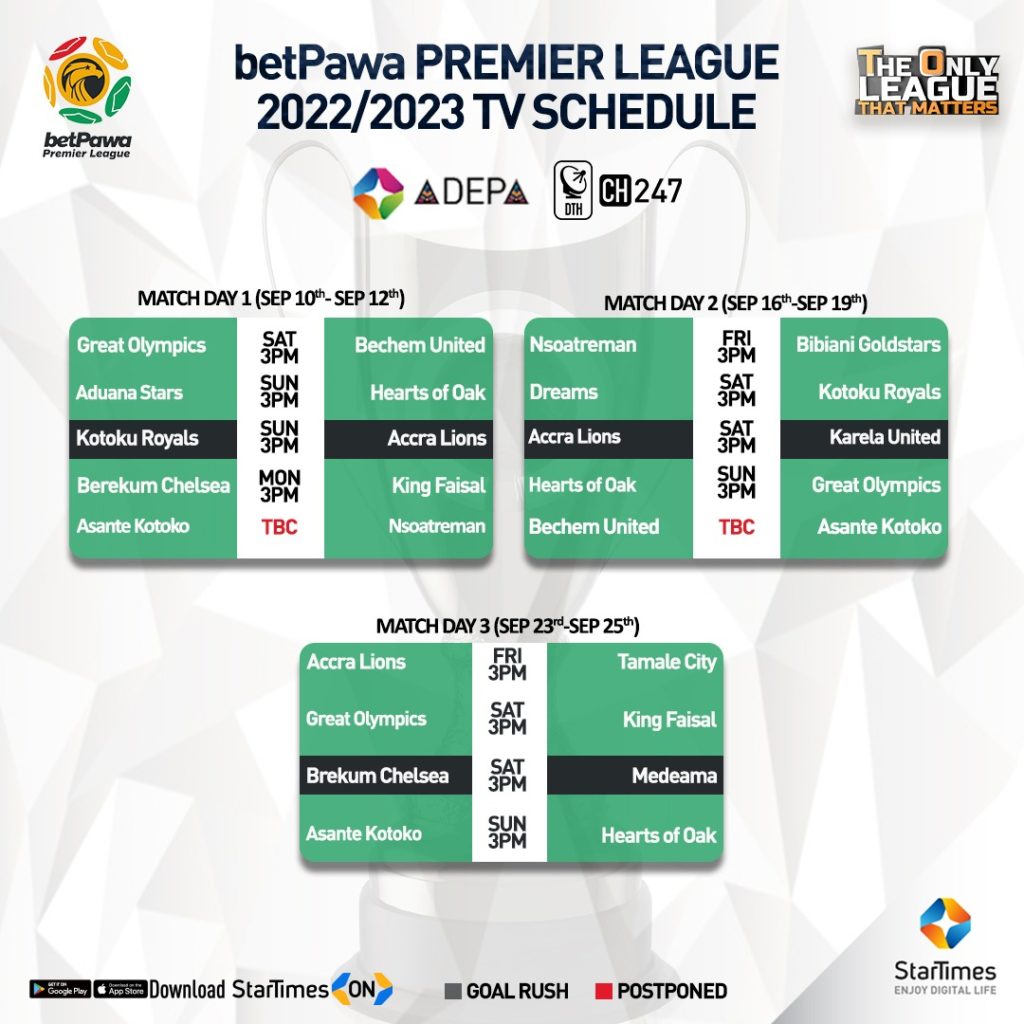 StarTimes, official broadcaster of the betPawa Premier League has officially released TV schedule for the first three match-days ahead of the opening weekend.

The 2022/23 betPawa Premier League season is expected to kick-off on Saturday, 10th September 2022 with Great Olympics vs Bechem United being the first league match on TV.

The much-anticipated fixture of the opening weekend between 2016/17 Champions Aduana Stars and 2020/21 champions Hearts of Oak will beam live on Sunday, 3pm.

All League matches for the 2022/2023 season are scheduled to air live in HD only on StarTimes Adepa channel 247, StarTimes ON APP and free to air channel partner Max TV.

StarTimes recorded an unprecedented TV coverage in the previous season with as many as 113 live games which builds on the historic narrative of TV coverage in Ghana football since StarTimes’ partnership with the FA begun in 2017.

StarTimes App users can enjoy the entire season's action live on the go on the GPL bouquet on the StarTimes ON APP for as low as ghc2 per game.

“As television rights holders of the league, our objective is to attract the attention of football fans and increase the commercial value of the GPL to raise its competitive worth on television and the football market across the globe.

With regards to the 2022/2023 season, StarTimes plans to deliver a much bigger television production and broadcast of a projected 150 live matches with the help of all stakeholders.

Just like the previous seasons, with our Modern sports broadcast solutions, we will provide viewers with live player tracking and stunning augmented reality (AR) graphics that will help viewers better understand the strategies of the game and to provide the ultimate storytelling experience for our viewers.” Said, Mrs Akofa Banson, General Manager of StarTimes Ghana.