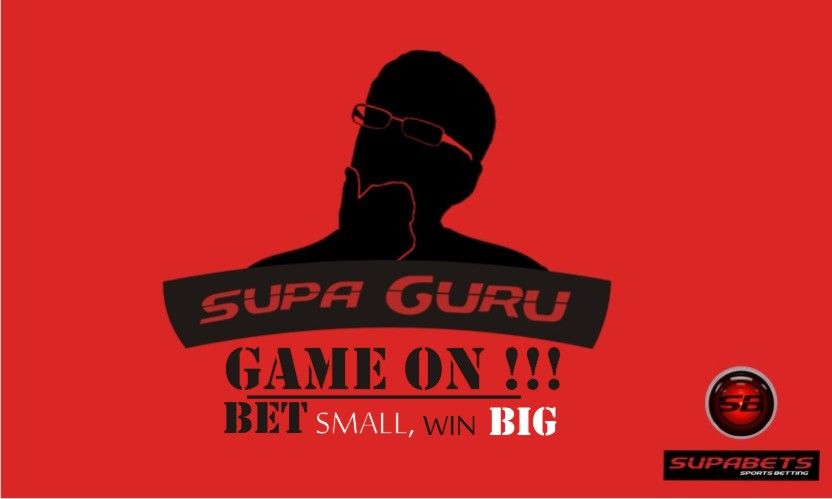 Welcome to Supa Guru's predictions for this weekend's top matches in the English Premier League particularly the London derby between Arsenal and Tottenham as I guide you to make some money by winning your bets with Ghana's leading sports betting outfit Supabets.

This weekend's matches sees some interesting clashes in England with the clash between the north London sides Arsenal and Tottenham as the pick of the pack.

Spurs won six straight matches following that loss in mid-January, and a similar run now would put the Lilywhites on the brink of a first title since 1961.

Arsene Wenger's men have now suffered three straight defeats and are without a win in four matches in all competitions. Defensively they have been lacklustre at best over the past fortnight and with Petr Cech unavailable this weekend due to injury I would be seriously concerned if I were an Arsenal fan.

It's been a while since Spurs were as short as 2.44 to win a north London derby, but they're deservedly made overwhelming favourites to win this one and they'll certainly be carrying my money.

Arsenal haven't won any of the last three head-to-heads and were beaten 2-1 in this fixture at White Hart Lane last season. A similar scoreline this weekend wouldn't surprise me.

Although you have to expect some sort of reaction from the Gunners, I'd rather have my money on the team that come into the game, perhaps not full of confidence, but certainly with a right to still feel that they're making huge strides forwards. The visitors, on the other hand, now find themselves enveloped in doubt and uncertainty. Don't miss out on the chance of making some money on the team you fancy by clicking here to bet on Supabets.

Chelsea will be looking to continue their recent good form when they take on Stoke City at Stamford Bridge on Saturday afternoon.

The Blues are still yet to lose a Premier League game under Guus Hiddink following his arrival as interim boss in December and they made it three consecutive league wins with a 2-1 victory at Norwich in midweek.

The victory at Carrow Road on Tuesday night saw Chelsea climb up to tenth place in the table and they could go seventh with a win today if other results go their way, but it’s still going to take something special for Hiddink to break in to the top four with just 10 games remaining.

Stoke arrive in the capital in good form themselves having won their last three games and they currently sit three points clear of the hosts in the table, so Mark Hughes will be looking to extend that advantage with a positive result against his former team today.

I boldly predict Chelsea 2-0 Stoke: The Blues have improved considerably under Hiddink and while I’m sure the PSG game may be a distraction for the players, I still think the home side will ease to victory over Stoke this weekend. Chelsea are the 8/15 favourites with the Supabets while my prediction of 2-0 is on offer at 6/1.

Manchester United will look to continue their impressive recent form when they travel to The Hawthorns to take on West Bromwich Albion on Sunday afternoon.

The Red Devils have been much improved in recent weeks and head into Sunday’s game on the back of wins over Arsenal and Watford in the Premier League, as well as Europa League and FA Cup triumphs.

Louis van Gaal’s men – who finished fourth last season – are currently three points behind fourth-placed Manchester City as they gear up for their clash with the Baggies this weekend.

United have won just five of their 14 away games in the Premier League this season, and even though their performances have improved markedly since that embarrassing 2-1 defeat in Denmark against Midtjylland, it's hard to support them at 2.04.

West Brom and Pulis relish the chance to test themselves against the best in the division, their home form is strong, and they have taken seven points from the last nine available. Also, with WBA almost home and hosed when it comes to avoiding the drop, they can play with a touch more freedom.

Click here and use SupaGuru's betting guide to bet on these matches and many more for this weekend: