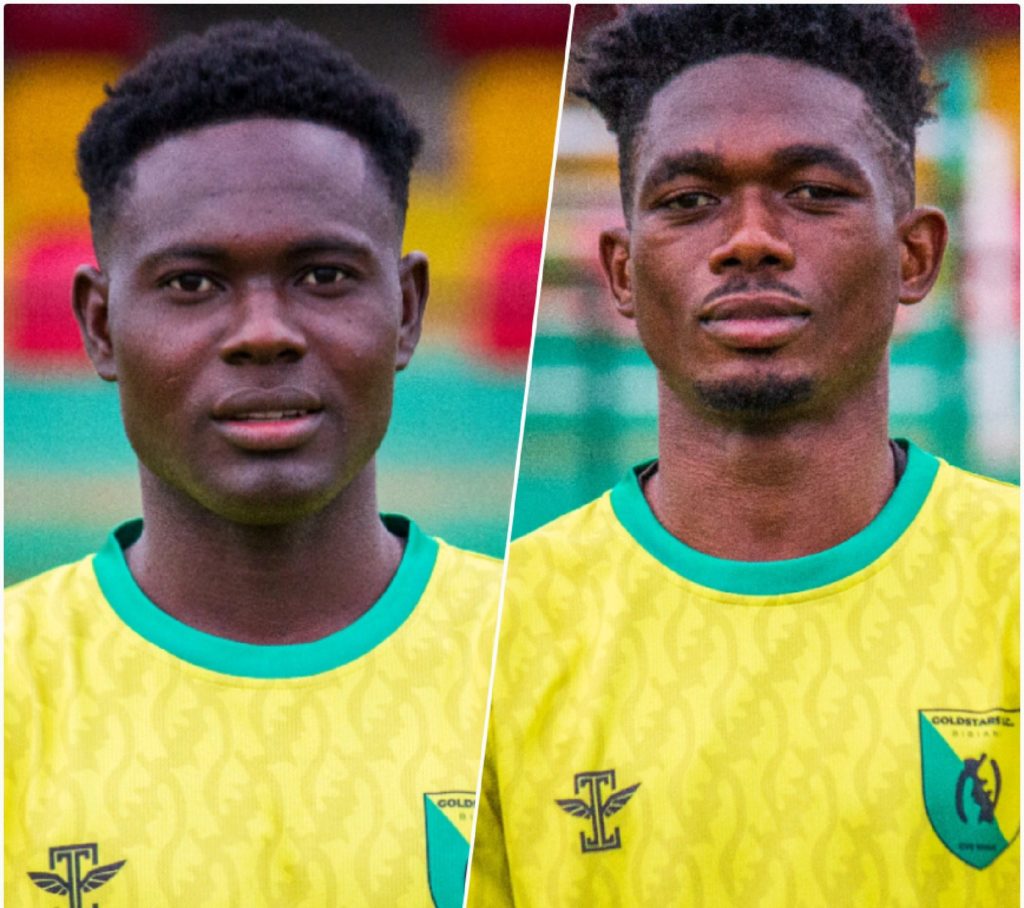 Bibiani Goldstars FC have completed the acquisition of duo Empem Dacosta and Mawuli Wayo ahead of the 2022-23 football campaign, the club have announced.

Dacosta, 25, is joining Goldstars from AshantiGold SC after signing a two-year contract which runs until the end of the 2023-24 season.

The versatile defender played a total of 40 matches for AshantiGold across two seasons after he joined them from rivals Asante Kotoko in September 2020.

Dacosta moved to Kotoko in July 2019 from Karela United FC after a successful debut season in the Ghanaian top-flight.

Wayo who is 19 years was a revelation in the Ghana Premier League last season having played 23 games, scored once and provided 5 assists.

The left-winger parted ways with King Faisal Babes at the end of the 2021-22 season and has signed a two-year contract with Goldstars.

The duo have already started training with their new teammates and are expected to play a crucial role for Miners in the upcoming season.

Head coach Michael Osei is pleased to have the two players amongst his squad for the new campaign.