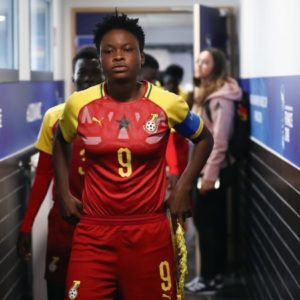 Black Queens striker Sandra Owusu Ansah has been dropped from the Black Queens squad ahead of the 2018 Africa Women's Nations Cup due to injury.

Sandra was expected to join the team in camp but picked up an injury while playing for her club side Zouk Mosbeh Girls FC in the final match of the Lebanese League.

Head Coach Bashir Hayford had no choice but to exclude the sharp-shooter from the team ahead of the announcement of the final 21 players to play in the upcoming biennial tournament.

The team is currently lodging at the La Palm Royal Beach Hotel after playing in two international friendly games against Kenya and Zambia.

Meanwhile, coach Hayford will name his final squad-list for the tournament at 4pm.