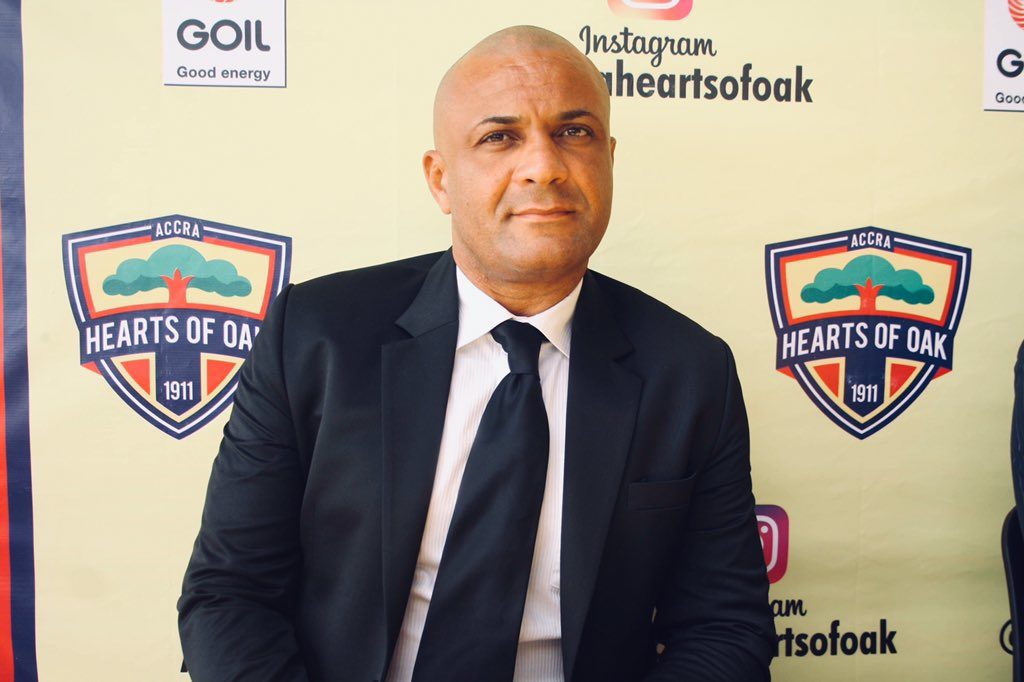 Hearts of Oak have been dealt a blow with reports that head coach Kim Grant has been ordered to step aside by management board of the club.

Last week, the Ghana Football Association (GFA) released of a list of Ghanaian coaches who have attained the highest certificate in coaching on the African continent, CAF License A.

The announcement comes on the back of the FA’s commitment to implement in strict terms some sections of the club licensing policy that it adopted seven years ago.

However, Grant was the biggest casualty of the decision by the Premier League Committee.

His name was conspicuously missing from the list and it has been confirmed that the erstwhile Black Stars former does not have a CAF License A certificate or its equivalent.

Reports indicated that the coach has undertaken the UEFA Pro License course which qualifies him to be on the bench of Hearts but the certificate is yet to be issued.

This forced the hand of Hearts of Oak management board to hold a closed-door meeting with the manager to name a deputy coach just four days to the commencement of the new campaign.

According to an unnamed board member, Edward Nii Odoom was imposed on him as his assistant coach ahead of the 2019/20 campaign while he awaits his License A certificate from UEFA.

Coach Nii Odoom having the License A certificate, the board was looking at naming him as Kim Grant’s deputy so both coaches can be on the bench per the licensing regulations.

But the soft-spoken gaffer blatantly rejected the idea of naming Nii Odoom his deputy and rather requested for an expatriate assistant.

The anger of the board members hit the roof when Kim proposed a $2500 salary for the expatriate assistant, hanging the payment on the neck of the club.

Grant has therefore been asked to step aside for Nii Odoom to take over the club while the club look for a substantive manager.

Nii Odoom is expected to lead the side when they host Berekum Chelsea at the Accra Sports Stadium on Matchday One of the Ghana Premier League on Saturday.