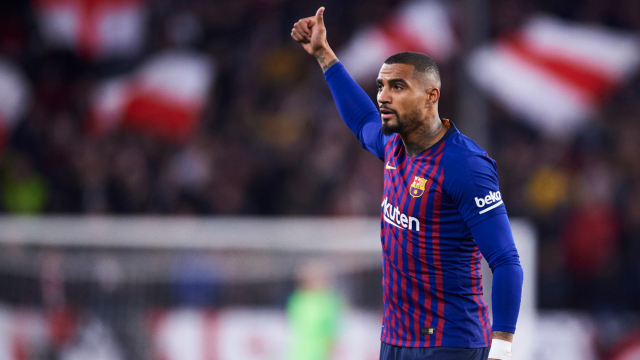 Boateng was raised in Wedding, a “rough” neighborhood of high unemployment and high immigration, Koloniestrasse, the street next to his was in the top 10 most dangerous places.

Boateng describes it as the kind of place that shapes someone, but also a place someone had to secure his way out. Which he did use his “brain” and his football talent to channel out the “anger and aggression”.

Growing up, he knew he had a gift, an ability to see what was next, and he first joined Hertha Berlin at seven. In 2007 Tottenham Hotspur signed him for £5.4m, According to KPB that was the “big move”, but also the wrong move. Spurs’ former sporting director Damien Comolli once said Boateng was the one player he regretted signing, admitting he failed to spot a kid unprepared for the change or do enough to help.

Martin Jol told him he did not want him after a month. So, it became him against the world, One morning, about a year later aged 20, Boateng looked in the mirror then realized he looked old.

At 20, You see money coming in then do not think things are going wrong. “Every night I was out six days a week nightclubbing, drinking for almost a year, Girls, Fake friends, I was spending serious amounts, once bought three new cars in one day, flew to Berlin just to find a good kebab and other unprofessional deeds. I was like 95 kilos, swollen from the drinking and bad food.

I said: ‘This can’t be me, I don’t want to be that guy. I have something inside: I’m a football player.’ I called my friends, two real friends, and they came. Together, we cleaned out my fridge and the house. That day, I said: ‘No, stop it.’ I didn’t drink. I didn’t go out. I started cooking; I wanted to eat healthily.”

But footballers have to play and opportunities remained limited until Dortmund with then-manager Jürgen Klopp took Boateng on loan for six months in January 2009. A man Boateng describes as the best coach in the whole world as he knows when to push and when to comfort, He knows when you need a drink when you need water.

Dortmund wanted to keep him but not enough to match Spurs £4.5m asking price, English Premier League club Portsmouth signed Boateng on a three-year contract in August 2009. He has moved on to seven different clubs after Portsmouth, at 31 Boateng joined Spanish La Liga club Barcelona on 21 January 2019 on loan until the end of the 2018–19 season, with the club holding an option to sign him permanently for an €8 million transfer fee.

Kevin-Prince Boateng was not ready for London, and it could have ruined him. Hence, his resolve “my vision’s helping young players: where to put their money, getting them on the right path. Players need help and too many agents think about the quick money and they’re gone.”