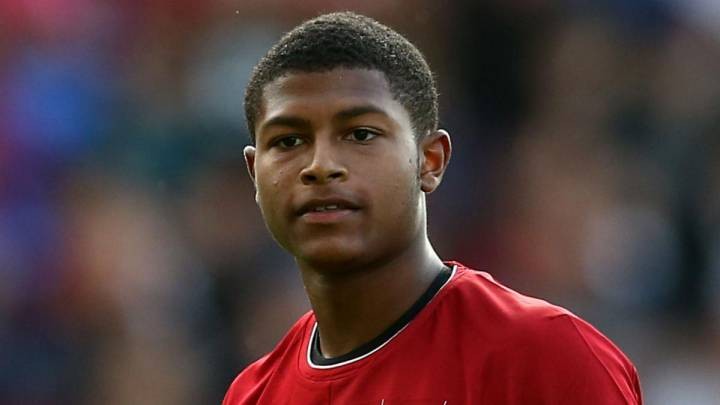 Rhian Brewster could soon find himself in Klopp’s plans with reports that the youngster’s potential has persuaded the club decide against moving for Timo Werner.

Despite only turning 20 today, young striker Rhian Brewster has already crammed a lot into his fledgling career. Initially a member of the prestigious Chelsea academy he moved to Premier League rivals Liverpool at the age of 14 and has been one of the shining lights of their youth set-up ever since.

In April, having just turned 17, Brewster was named on the bench for Liverpool’s Premier League match against Crystal Palace and indicating that the young star was one to watch under Jürgen Klopp. Later that year he gained international acclaim as he led the line for England at the 2017 U-17 World Cup. He scored hat-tricks in both the quarter-final and semi-final before opening the scoring in the final against Brazil as England lifted the trophy.

It was hoped that he may be able to force his way into the Reds’ squad on a permanent basis the following season but an injury suffered during an U-23s fixture against Manchester City saw him miss the next 14 months. Complications from an ankle injury resulted in Brewster needing surgery and he only returned to the Liverpool squad for the tail-end of their Champions League-winning 2018/19 season.

After regaining full fitness with the club he was sent out on loan to Swansea City in January 2020, but is believed to remain a firm part of Klopp’s long-term plans. "For Rhian, it was the right thing to do in this moment. We all agreed it was the right thing to do”, said Klopp of the young forward. “The boys need to find a manager in the best possible way who knows them already – that's the case with Steve and Rhian, so that helped a lot.”

Paul Gorst, on the Blood Red podcast, claimed that Brewster’s potential had already seen the club decide against a deal for the highly-rated RB Leipzig forward Timo Werner. “He was actually the reason why Liverpool steered clear of Werner 18 months or so ago - because they had the pathway in place for Brewster.”

Injuries have dictated that he has not yet had much of a look-in in Liverpool’s squad but four goals in eleven games for Swansea, along with some eye-catching performances, could see Brewster finally get the opportunities that his talent deserves.