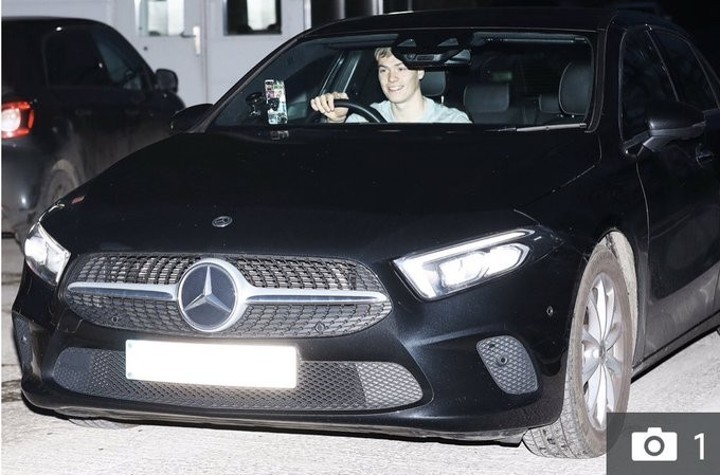 Manchester United have completed the signing of goalkeeper Nathan Bishop from Southend United, according to MEN. And he has been spotted arriving at Carrington.

Bishop, 20, underwent a medical at the club's Carrington training complex on Tuesday morning and it is understood he is now under contract. The club is expected to make an announcement on deadline day.

Bishop has started 17 times for League One Southend this season but joined United after Under-23 goalkeeper Paul Woolston sustained a shoulder injury that required surgery. Woolston is expected to be out for a minimum of four months.

U23 regular Matej Kovar was injured in the 2-0 defeat at West Ham United on January 6 and was absent from the squad for their last match against Newcastle United. Jacob Carney, 18, deputised and Ondrej Mastny, 17, was named as the substitute goalkeeper.

Mastny, 17, is the U18s's first-choice goalkeeper and started in both of their FA Youth Cup wins over Lincoln City and Norwich City. Czech Republic youth international Mastny participated in warm-ups ahead of first-team matches this month in the absence of Kovar and David de Gea, who was rested for the FA Cup ties against Wolves and Tranmere Rovers.

United host Leeds United in the fifth round of the Youth Cup at Old Trafford on Wednesday evening and the U23s play on Friday night at Norwich City, where Bishop could go straight into the squad.

Goalkeepers Dean Henderson, 22, and Kieran O'Hara, 23, are on season-long loans at Sheffield United and Burton Albion, while Alex Fojticek, 19, has kept goal for Northern Premier League Premier Division side Stalybridge Celtic this term.

United's academy goalkeeping coach Alan Fettis has set the club's rookie 'keepers a target of 100 career games before they turn 21, regardless of the level.