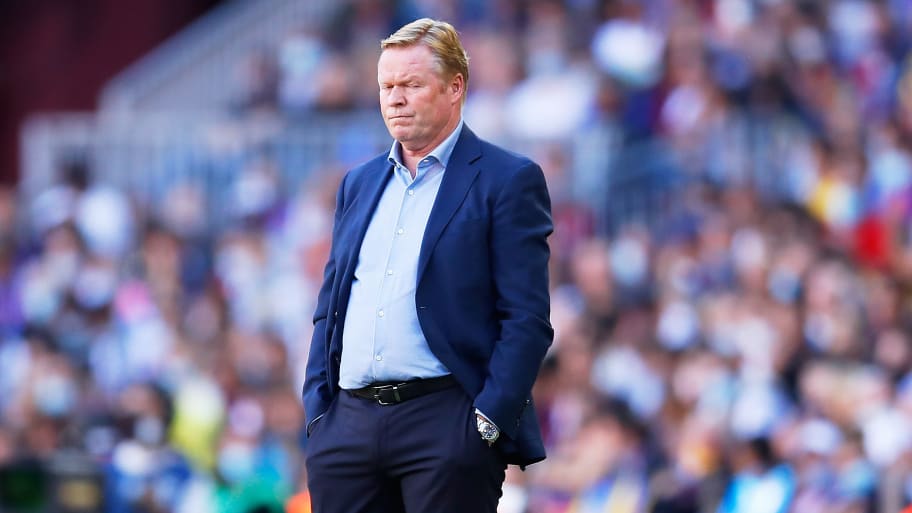 Ronald Koeman is reported to have been sacked as Barcelona coach whilst still on the plane home from Wednesday night’s La Liga defeat to Rayo Vallecano.

Koeman’s Barça slumped to a third defeat in their last four games as a result of a solitary goal from veteran striker Radamel Falcao in Madrid. Koeman, having already survived extreme pressure earlier in the season, was given the boot in bizarre circumstances.

Barcelona announced the Dutchman’s immediate departure less than three hours after the game finished. As first revealed by Sport, not only was the decision to sack Koeman made on the flight home, but the Dutchman was actually formally relieved of his duties before he had even touched down.

Koeman got off the plane knowing that he would not be returning to work on Thursday morning, with a formal announcement of Barcelona's situation coming shortly after.

Barça officials had previously decided against sacking Koeman because of the financial implications involved at a time when the club has been in serious peril.

Yet Laporta is said to have called other directors on the flight back from the Vallecano game to gather round, with Koeman himself only sitting a few rows away. The decision to dismiss the 58-year-old came ‘quickly’ and the president wasted no time in passing that news on.

Koeman was out of a job before the plane had touched down back in Barcelona, which is likely to have made for an extremely awkward descent, landing and disembarkation.

Former Barça player Sergi Barjuan, once briefly a teammate of Koeman’s at Camp Nou in the early 1990s, has already been named as an interim successor. The retired left-back was previously a youth coach at La Masia until 2011, before returning as Barcelona B head coach earlier this year.

90min understands that club hero Xavi is being lined up as the long-term replacement, with an agreement with Xavi's club, Al-Sadd, all that is left to agree.

This article was originally published on 90min as Bizarre details emerge over how Barcelona sacked Ronald Koeman.