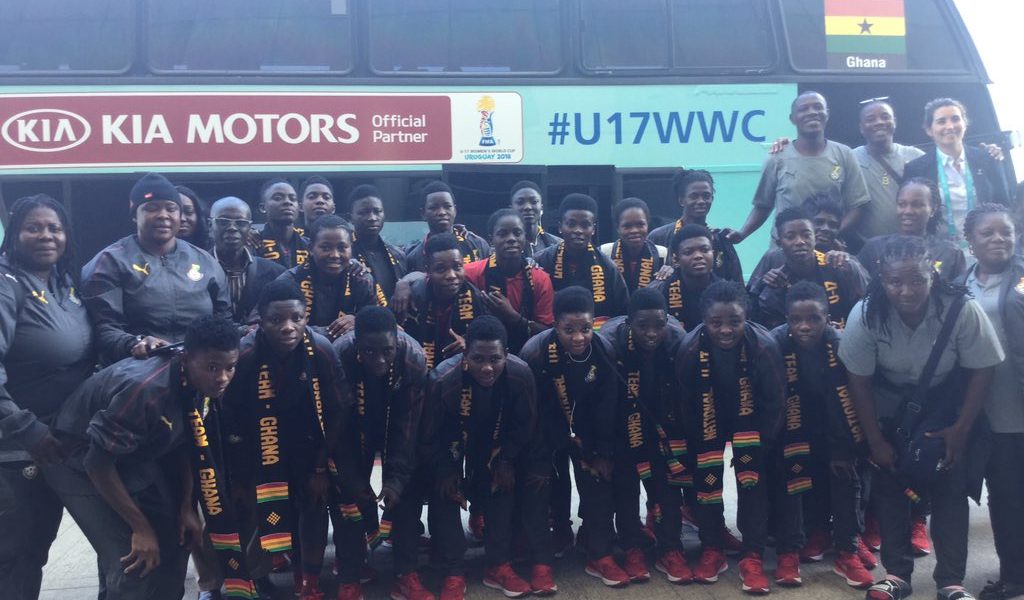 The national under 17 female team, the Black Maidens have arrived in Uruguay for the FIFA U-17 Women's World Cup.

The team arrived in Uruguay's capital, Montevideo on Thursday after a week camping in Sao Paulo, Brazil.

Ghana will be based in the Montevideo, where they will be playing their group A games.

The Black Maidens have been paired in the group with host Uruguay, European side Finland and New Zealand.

The team is making their sixth appearance at the mundial and are expected to performed better than their previous campaigns.

Ghana's best performance at the competition was in 2012, where the team won bronze in Azerbaijan.