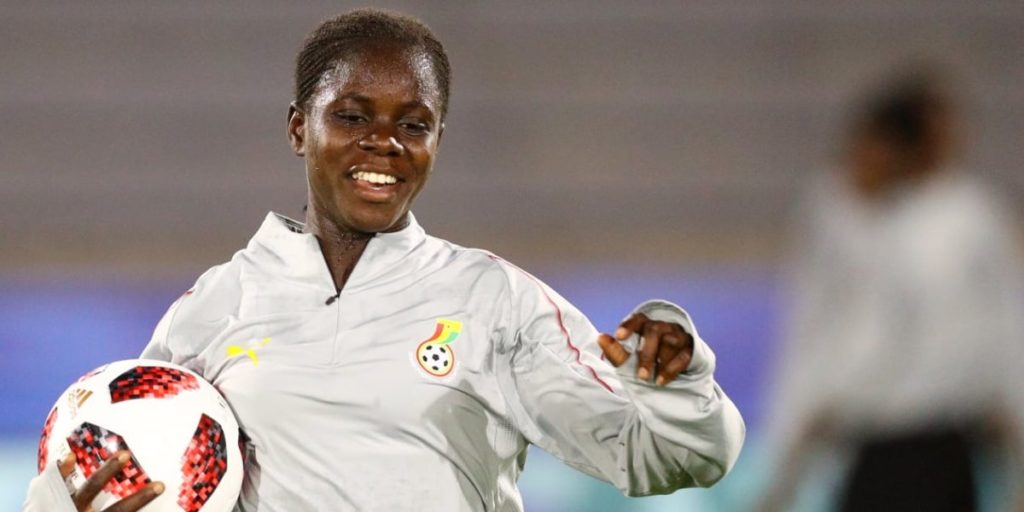 Black Maidens captain Abdulai Mukarama says the team wont succumb to the pressure from the fans of host nation, Uruguay, when they meet in the opening game of their campaign.

Mukarama, who will be leading her side against the Uruguayans disclosed the team has been properly psyched for the game on Tuesday.

“The coach has spent a long time preparing us for this first match and for the atmosphere we can expect there,” explained Abdulai to FIFA.com. “We have to be totally focused so that we don’t get knocked off our stride by the home fans cheering for their team.”

The Black Maidens are making a sixth appearance at the global showpiece, having won Bronze in 2012.

The striker, who scored 12 goals in the qualifier of hopeful of her sides chances insisting the team is ready for the mnundial.

“I believe in myself and my team-mates and I hope I can inspire them to excel themselves. The World Cup can change our lives and open up doors for us in terms of our careers. We have to rise to the challenges we face and keep going till the end.”

Ghana are in group A with host Uruguay, Finland and New Zealand.