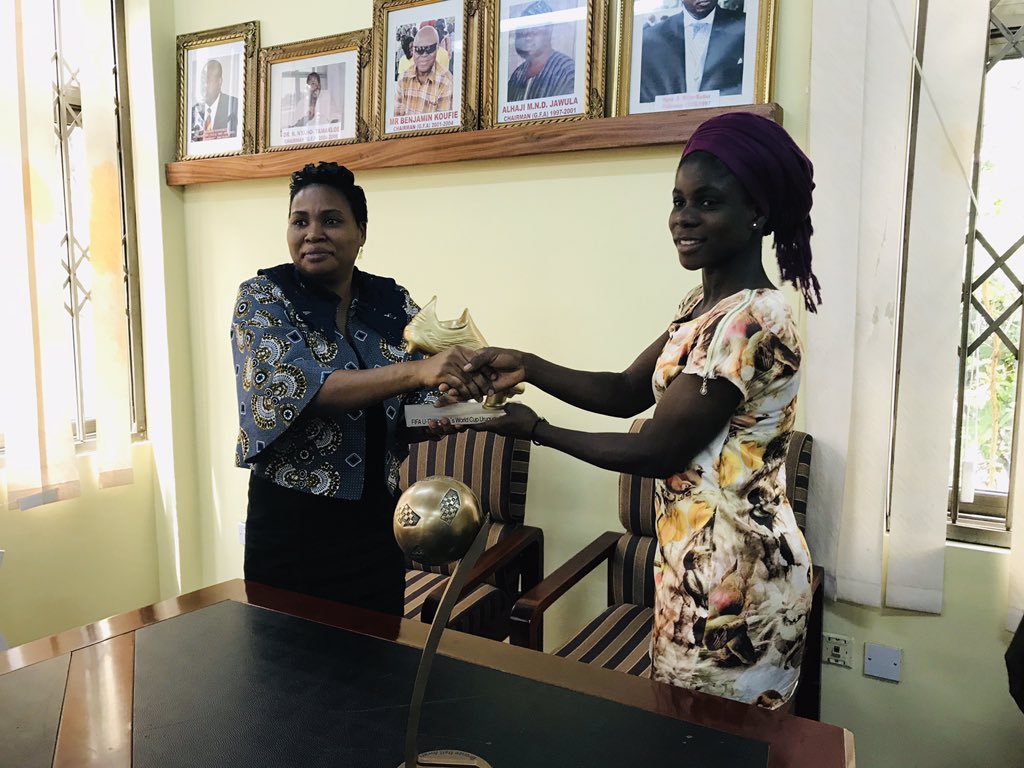 The striker received the golden boot award and the bronze ball at the secretariat of the Ghana Football Association on Tuesday.

Mukarama led Ghana to the quarter finals of the tournament, where she scored seven goals before the team painfully lost to eventual finalist Mexico on penalties.

Despite coming home early, Mukarama managed to grab the bronze ball award given to the tournament's third best player.

Following her stupendous performance at the World Cup in South America,the University of Development Student has been under the radar of some professional female soccer teams from the United States.

Currently, she plays for Northern Ladies in the National Women's League in Ghana.

Mukarama was also recognized by CAF, earning early nomination for the Africa Women Footballer of the year award which was won by South African forward Christina Kgatlana.