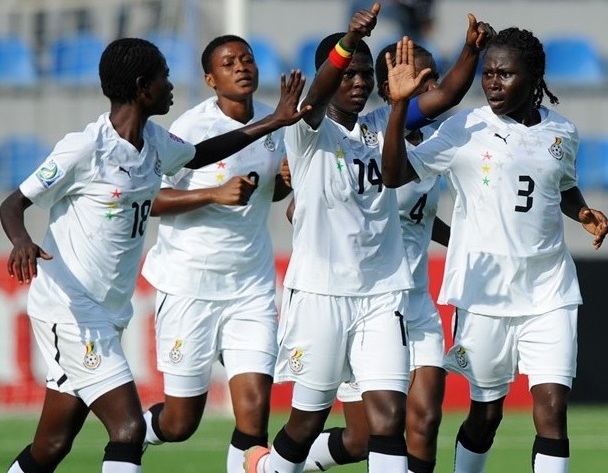 Ghana became the first African country to reach the semi-final of the FIFA U17 Women's World Cup after a hard-fought 1-0 win over Japan in Baku on Friday night.

Winger Sherifatu Sumaila scored the only in the 53rd minute and the Black Maidens put up a masterclass defensive game to protect that goal.

The speedster's shot was underrated by Japan goalkeeper Chika Hirao and the ball passed through her legs.

The first half belonged to the Little Nadeshiko who had a chunk of territorial dominance but could not convert their chances.

In the 73rd minute, fired from long range from Rika Masuya but her effort went off-target.

Goalkeeper Victoria Agyei stretched to parry a last minute header in stoppage time to the keep the close.

This is the first time the Black Maidens have progressed to the medal zone after three appearances at the finals.

Ghana will play France, who eliminated Nigeria 5-3 on penalties, next Tuesday in the semi-final.