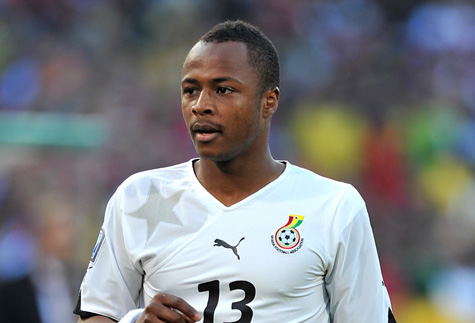 Nigeriaâ€™s crucial All Africa Games qualifier against Ghana will no longer come up in Accra but in Kumasi.

The game had initially been billed to come up at the Ohene Djan Sports Stadium in Accra, venue of the final match of the 2008 Africa Cup of Nations, with the Nigerian team enjoying a two goal cushion after winning the first leg tie in Benin 3-1.

But the Ghana Football Association (GFA) has informed the Nigeria Football Federation (NFF) that the second leg of the final qualifying fixture between the Under-23 teams of both nations will now be played in Kumasi, which is 250 kilometres Northwest of Accra.

The game comes up at the Baba Yara Stadium, which is Ghanaâ€™s biggest stadium with a sitting capacity of 40,500, and which serves as the home ground of one of Ghanaâ€™s most popular club side, Asante Kotoko.

In addition, the GFA also announced that the game will now come up on Sunday, July 10 instead of Saturday, July 9.

The decision to shift the match venue comes just days after a leading member of the supporters group of Asante Kotoko, Ali Maradona appealed to the GFA to bring the crucial second leg match to the 52-year-old stadium.

To qualify for Septemberâ€™s All Africa Games in Mozambique, Ghana will need to beat the Nigerians by at least two unreplied goals.

And the Kotoko chieftain, in an interview with Ghanaâ€™s Asempa Sports on Monday, stated that if GFA boss Kwasi Nyantakyi took the game from Accra to Kumasi, the Ghanaian team will definitely qualify for the All Africa Games ahead of the Nigerians.

According to the Kotoko supporter, in an interview with Ghanaâ€™s Asempa Sports, Kumasi will be the ideal place for the Ghana Under-23 side to secure qualification to the All Africa Games.

He told Asempa Sports on Monday that, if GFA boss Kwasi Nyantakyi ensures that the match is played in Kumasi, the team will surely qualify ahead of the Nigerians.

Ghana stopped Nigeria from reaching the 9th All-Africa Games Menâ€™s Football Tournament in 2007 after both teams finished 0-0 in Sunyani only for the Ghanaians to force a 1-1 draw in Abuja to qualify on the away goal rule.