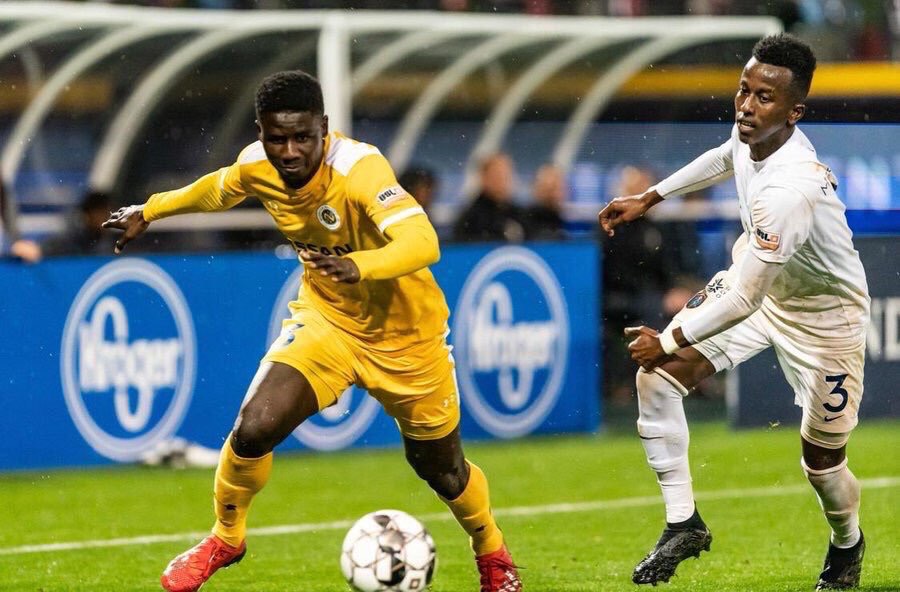 Black Meteors coach Ibrahim Tanko has revealed Ropapa Mensah was withdrawn from the team after his club reported the striker had picked an injury.

The Nashville SC striker was named in the 21 man squad for the CAF U-23 championship in Egypt later this week, but had to be replaced in the eleventh hour by Holland based Abass Issah.

“We were expecting Ropapa to join the squad but we were advised by his club side that he had suffered an injury which would require that he sits out for some time before he can return to full action, thus we had to replace him in the squad,' Tanko said after the team's first training session in Cairo.

“We are glad that Utrecht finally accepted to release Abass  for the tournament ," he added.

The Black Meteors are in Egypt to battle it out for one of the tickets for the Olympic Games in Tokyo 2020.

The team have been drawn alongside hosts Egypt, debutantes Cameroon and Mali in Group A.

Ghana will begin their campaign against Cameroon on Friday.