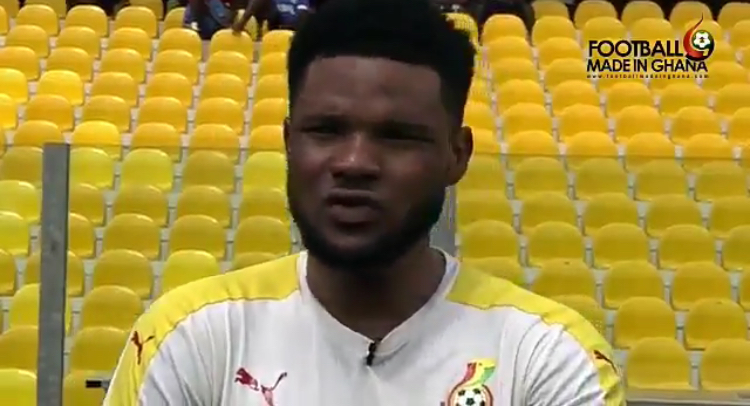 AC Sparta Prague forward Benjamin Tetteh has expressed his readiness to sacrifice his personal ambition to help the Black Meteors secure a place in the 2019 U-23 Championship.

The Ghana U-23 side will engage Gabon in the final round of the qualifying phase to the 2019 U-23 Championship in Egypt.

The Meteors on Wednesday continued their preparations for the game with a friendly match against lower-tier side Shootings stars. Coach Ibrahim Tanko’s side won the game 3-1.

In an interview with Shiekh Toufik, the former Dreams FC striker claimed that though he would like to be the leading the marksman for the side, qualification to the tournament is paramount.

“As a striker I’d like to score more goals but I don’t really have a target ahead of the game. However, the main target is helping the team to far than my personal achievement.”

“I believe in every national team there is always pressure but I think we have a very good team to qualify because it’s important for us. We should just play our normal game and everything will go smoothly.”

The Black Meteors defeated neighbours Togo 5-1 on aggregate in the last round of the qualifiers.

The winner of the two legged game qualifies for the competition in Egypt, which serves as the qualifiers for Tokyo Olympic games next year.