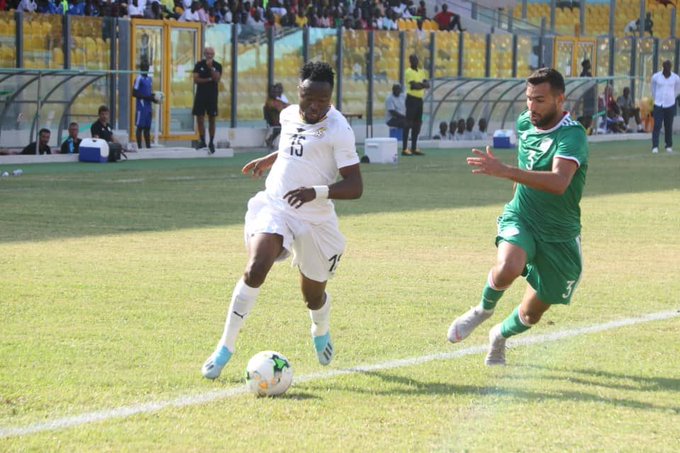 Fortuna Dusseldorf attacker Bernard Tekpetey is confident the Black Meteors will qualify for the CAF U-23 cup of nations despite a lackluster draw against Algeria in the first leg of the final round of qualifiers.

The Black Meteors were held by the North Africans in Accra to hand the young Fenecs the advantage ahead of the second leg in Algiers on Tuesday.

"Not the results we all expected but we gonna fight back in our return game...let’s all keep the fire burning," Tekpetey tweeted after the game.

However, the Black Meteors leveled from the spot in the second half through RSC Anderlecht forward Dauda Mohammed.

Not the results we all expected but we gonna fight back in our return game...let’s all keep the fire burning 🔥❤️✊🏿 pic.twitter.com/PaM4SVE7M5