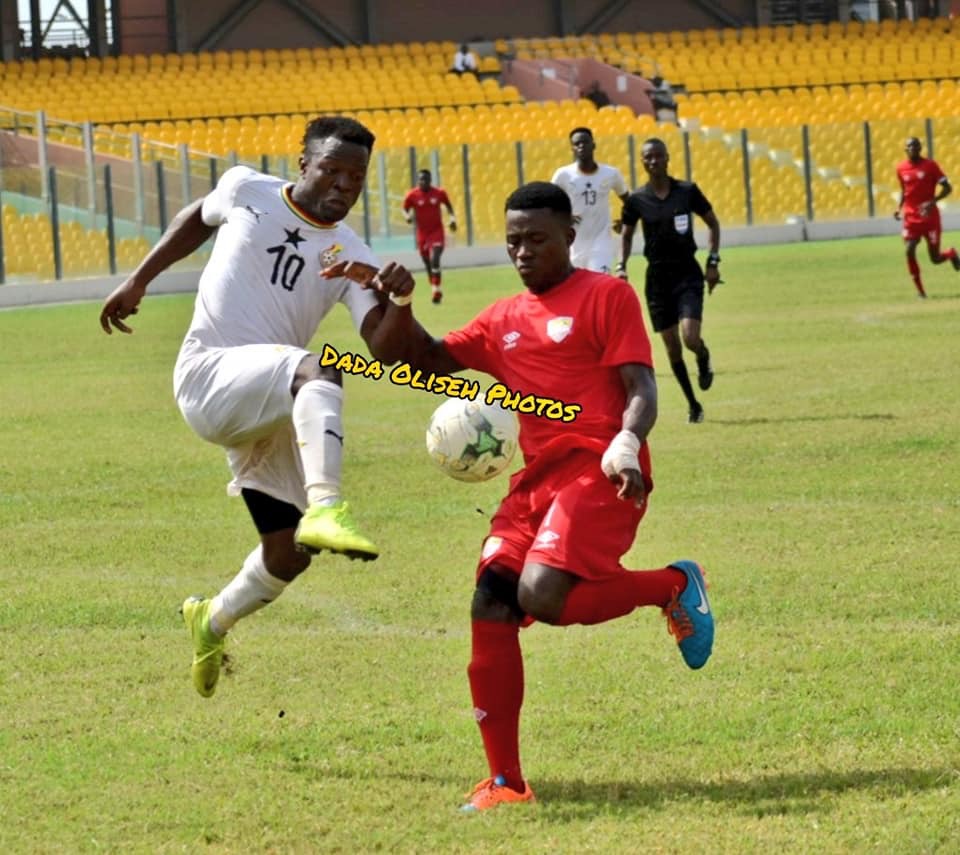 Ghana U-23 side Black Meteors defeated Hearts of Oak by a lone goal in a friendly game played at the Accra Sports Stadium on Wednesday.

Both teams are preparing ahead of their respective  matches as the Black Meteors take on Algeria in the final qualifier for the AFCON U-23 tournament while Hearts of Oak face off with arch-rivals Asante Kotoko in the President’s Cup.

Black Meteors striker Akesse Akesse scored the only goal of the game in the second half to secure the win for the National U-23 side.

The first half ended goalless with both sides making wholesale changes to their squad in the second half.

Hearts of Oak coach Kim Grant gave opportunity to most of the players in the Team B to showcase their skills. The coach has lost about six of his key players to the local Black Stars who are currently in camp preparing for a CHAN qualifier against Burkina Faso next month.