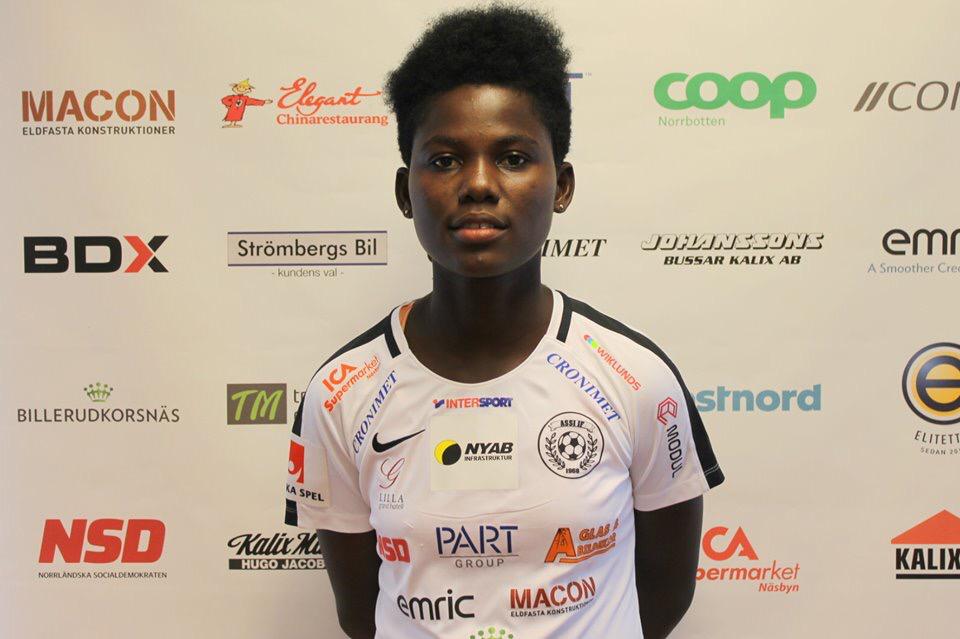 Abambila arrived in the European country on Friday to finalise the deal before she was unveiled to the public.

The midfielder agreed terms with the club three months ago but had to battle with visa challenges from the Danish Embassy in Ghana which in itself was surprising because of her extensive record abroad in USA, Belarus, France among others.

She’s expected to make her debut soon after training with the club today.

Abambila holds the record as the first Ghanaian female player to have scored in a UEFA champions league game.