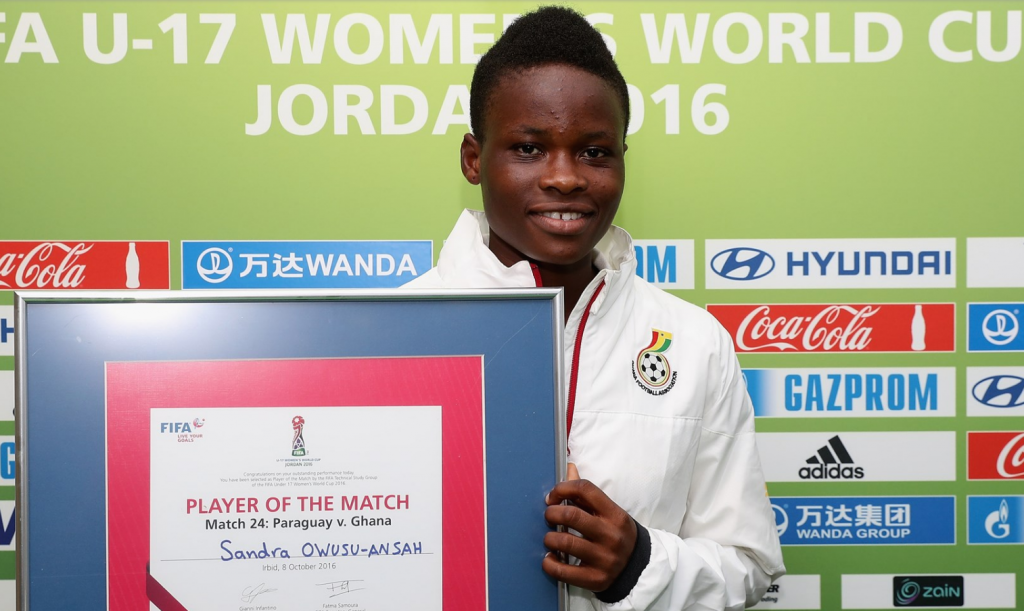 Black Princesses coach Yusif Basigi has confirmed that striker Sandra Owusu Ansah has joined her team-mates in camp ahead of their crucial 2018 FIFA U-20 World Cup qualifier against Cameroon on Saturday.

The Princesses will welcome Cameroon to the Cape Coast Sports Stadium in the return leg of the 2018 FIFA U-20 World Cup qualifier, which is slated to come off in France from August 5 to 24.

Coach Yusif Basigi's girls will go into the encounter in a high mood after securing a vital away goal in the 1-1 stalemate in the first leg in Yaounde a fortnight ago despite missing the services of leading striker Sandra Owusu Ansah in the match.

Speaking to Happy FM ahead of the much anticipated clash, coach Basigi intimated that he has no injury concern in camp and disclosed that Zouk Mosbeh Girls FC's poacher, Sandra Owusu Ansah has joined her team-mates in camp for the game.

"I think I'm okay with how camp situation has panned out so far. As for knocks it's part of football so I will say we have some players with that [knocks] but that doesn't prevent them from playing in the match. Knock is different from injury so we're not alarmed by it, but apart from that everything is fine in camp," Basigi stated.

"The other good news is that Sandra Owusu Ansah has joined the camp from her Lebanon-based club, so I will say everything is going according to plan."

The former Sekondi Hasaacas trainer was quizzed if the return of Sandra Owusu indicates how the team is desperate to book their ticket to the biennial football world championship.

He answered,"No, she wanted to take part in the first leg but then her club was playing in the Asian Women's Champions League and they needed her because she and Alice Kusi are the livewires in the team, so their club pleaded with us that by the time we play the return leg, they would have finished the competition and will allow her to join us. God willing they were able to win the cup and immediately she was released to us."